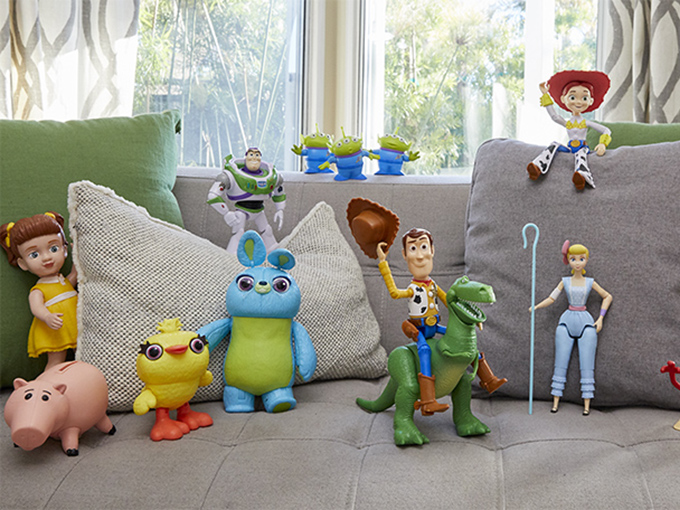 Space toys are the a big winner in the industry as three of the 2020 US Toy of the Year Awards went to CP that features the cosmos. Disney Parks’ Star Wars: Galaxy’s Edge Droid Depot Custom Astromech Units nabbed the creative toy of the year award; Lego Systems’ LEGO CITY Deep Space Rocket and Launch control took home construction toy of the year, while Playmobil’s Mars Space Station claimed playset of the year.

Space has been a trend in the kids space in the last year amid the Apollo 11 moon landing anniversary, with new products and shows like space Barbies and CBeebies series Moon and Me.

Mattel was also a big winner this year, taking home four trophies, the most the toyco has ever received, and besting the other toycos. It won action figure of the year for its Disney Pixar Toy Story Basic Figures (pictured), vehicle of the year for Hot Wheels Mario Kart Die-Cast Vehicle Assortment, Fisher-Price Linkimals snagged infant/toddler toy of the year, while Pictionary Air won game of the year.

And, continuing its winning streak, MGA Entertainment won the toy of the year award for its unboxing brand L.O.L Surprise! for the third year in a row.

The awards were handed out and unveiled at New York Toy Fair this weekend and the full list of winners is below:

Toy of the year – L.O.L Surprise! by MGA Entertainment

Game of the year - Pictionary Air by Mattel

Infant/toddler toy of the year - Fisher-Price Linkimals by Mattel

Playset of the year - Mars Space Station by Playmobil

License of the year – Baby Shark by Pinkfong