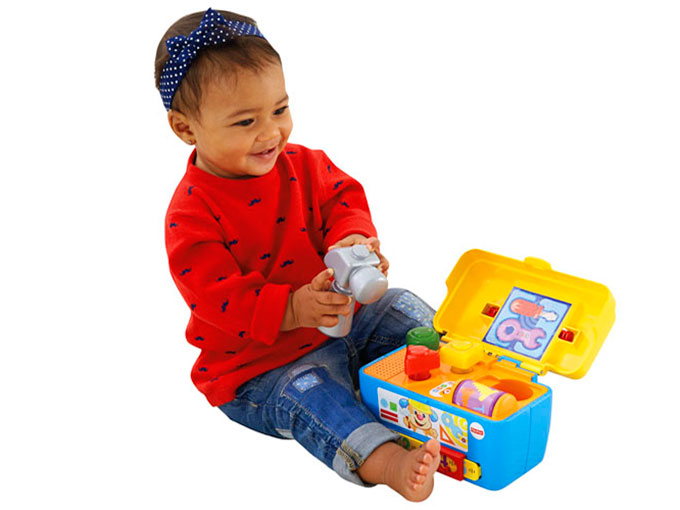 The toyco is taking back CP rights for Thomas & Friends, which, along with Fisher-Price, contributed to declines in its infant, toddler and preschool segment.

Mattel is taking a new track. The California-based toy company reported Thomas & Friends, along with Fisher-Price (pictured), contributed to an 11% decline in its infant, toddler and preschool segment (to the tune of US$1.25 billion) for fiscal 2019. But the wheels of change are moving, as seasons 23 and 24 of the Mattel Television show Thomas and Friends were picked up by Netflix in the US.

The series moved from PBS to Nick Jr. only two years ago. At the time, the agreement also saw Nickelodeon take over as the brand’s exclusive US licensing agent. Nick will no longer air Thomas and Friends in the US, and consumer products rights for the property have reverted back to Mattel.

Overall in fiscal 2019, Mattel’s gross sales were flat at US$5.06 billion. And while there was less a less than 1% decline in gross sales compared to last year, 2019 marked the first time Mattel achieved positive operating cash flow and positive free cash flow in three years.

Mattel’s vehicles segment saw a 3% increase in gross sales to US$1.1 billion, thanks to its Hot Wheels brand (up 11% to US$925.9 million). The action figures, building sets and games segment, meanwhile, grew 14% to US$981.6 million. The increase was driven by Toy Story 4 and partially offset by a decline in Jurassic World.

Sales in North America were flat at US$2.43 billion in fiscal 2019, with growth in the vehicles and dolls segments partially offset by declines in the infant, toddler and preschool segment. Internationally, gross sales increased 2% to US$2.36 billion for the full year due to strength in the vehicles, dolls and action figures, building sets and games segments.

All of this comes after a turbulent year for Mattel. Following a decline in Q1 and a slight increase in Q2, the toyco announced in Q3 that an independent investigation by the audit committee for its board of directors found errors in Mattel’s publicly filed financial statements for the third and fourth quarters of 2017.

Mattel’s net loss was understated by US$109 million in Q3 2017 and overstated by US$109 million in Q4 2017. The error was discovered due to a change in accounting for Mattel’s fiscal 2017 report, but remained uncorrected in the company’s Q3 report and was not disclosed in Mattel’s Q4 2017 financial report. It was announced in October that CFO Joseph Euteneuer will leave the company after a transition period of up to six months.