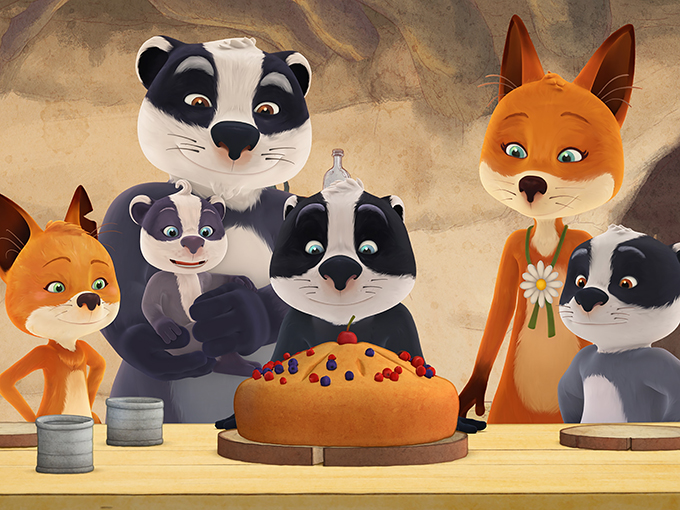 More than 25 channels in LatAm, Asia, Europe and North America have picked up the Ellipsanime/Dargaud Media animated series distributed by Mediatoon.

Commissioned by France Télévisions’ France 5, the show is also going to be translated into an additional 20 languages and development has begun on a second season. Produced by Ellipsanime and Darguad Media, the 52 x 12-minute show was ranked in the top 20 in France and has reached 63.7% of KiKa’s audience of preschoolers three to five in Germany, according to Mediatoon.

The Fox Badger family is based on a comic book of the same name published by Dargaud, and written by Brigitte Luciani and illustrated by Eve Tharlet. It follows Dad Edmund, and his two twin boys Woodsy and Scoutbadger and their baby sister Berry merging families with fox Margaret and her daughter.