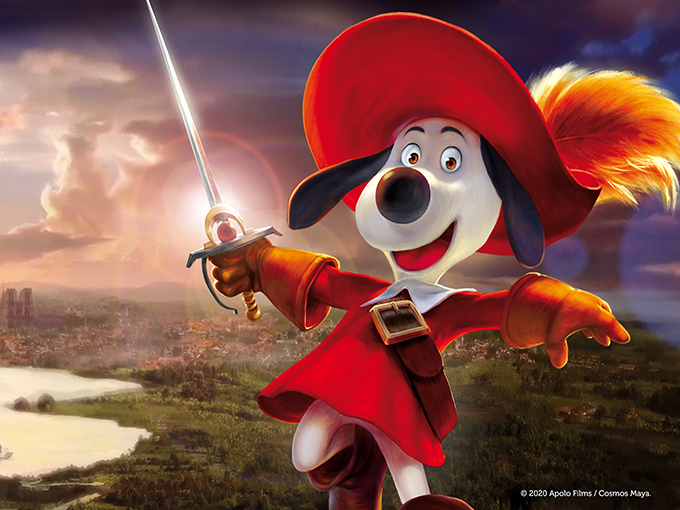 The studio has partnered with Apolo Films to create its first animated film Dogtanian and the Three Muskehounds, with Universal lined up to distribute.

Indian animation studio Cosmos-Maya is launching an animated feature film division, and kicking off its foray into the space by partnering with Spanish indie producer Apolo Films to co-produce Dogtanian and the Three Muskehounds.

Universal has already signed on as a broadcast partner for the 90-minute comedy film, and picked up SVOD rights to screen the CGI-animated feature in the UK, France and Germany. Cosmos-Maya will handle production and exclusive distribution in Asia.

Cosmos-Maya’s new independent studio will co-finance and co-produce the feature. The film’s script is being written by American screenwriter Doug Langdale (Kung Fu Panda, The Book of Life) and will be based on Apolo’s original 52 x 30-minute series of the same name. The Three Musketeers book, that the series is based on, is about a boy who sets off on a quest to become a royal Muskehound.

Spanish broadcaster TVE, Portuguese film producer Lusomundo and Spanish prodco A Contracorriente are also partners on the film, along with Spanish bank ICO and investor Banco Santander, Sodena and Sonagar.

The move into film creation and distribution comes as Cosmos-Maya transitions from a service studio to an original IP creator and international co-production partner. The studio has been expanding into new categories over the last year, and a few months ago it launched a new sales arm named WowKidz Distribution, with the goal of acquiring brands from the US and China for the growing Asian market. It also partnered with Studio 100 Animation last year to co-produce the new 2D-animated series Galactic Agency (52 x 13 minutes) with Gulli France signed on to premiere the show.