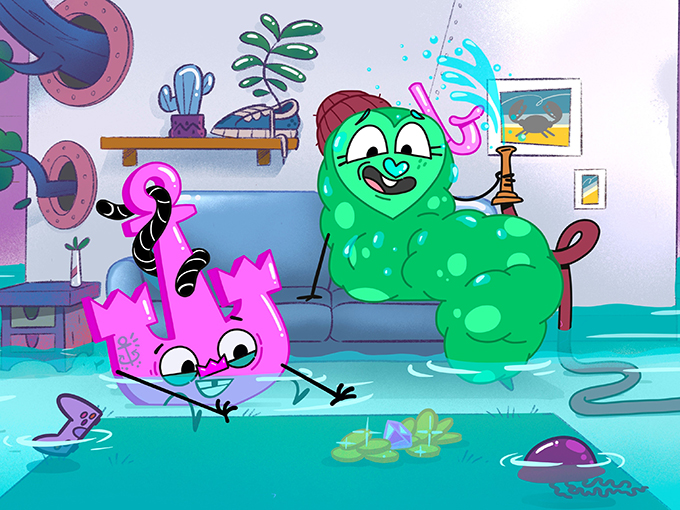 Nickelodeon International picked up pre-buy rights to Best & Bester, a co-production from London-based studio Eye Present and Finnish studio Gigglebug Entertainment. The 52 x 11-minute animated comedy focuses on two friends who spend their time comparing the best things of all time, all while transforming themselves into whatever they want once per day.

The agreement includes creative editorial input, broadcast commitment from Nickelodeon International and YLE, and development funding from Creative Europe. The deal will also allow the partners to explore gaming and experiential content, two efforts that are built into the core of the IP, said Eye Present CEO Genevieve Dexter in a statement.

Eye Present and Gigglebug Entertainment inked the co-production agreement for Best & Bester in 2018. Eye Present is a joint venture between Dexter and creative studio Squint/Opera.

Gigglebug Entertainment recently provided concept development for Disney’s 101 Dalmatian Street, in addition to short-form and digital content creation and production for the property. The animated series is based on the 1956 novel by Dodie Smith and the 1961 Walt Disney film One Hundred and One Dalmatians, and follows 101 dogs living by themselves in 21st-century London.