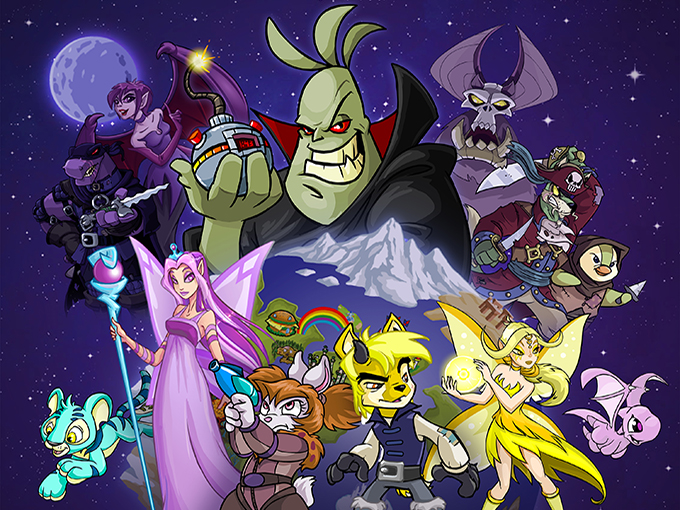 With more than 75 million players online, the 20-year-old virtual pet brand is coming to screen thanks to a partnership between the Blue Ant studio and JumpStart Games, says Beach House creative director Donovan Chan.

The show is still in the early stages of development and its format and style aren’t finalized, but Beach House plans to target the series at eight to 12s. The pair are seeking co-production and broadcast partners for the project.

Neopets first launched as an interactive pet website in 1999, and despite not being 20, the property’s website still has a sizeable global fanbase with 75 million players and more than 350 million page views a month, according to JumpStart. Neopets users can play games, care for and personalize their virtual pet; collect, purchase, and trade in-game currency; and engage with other players. Available globally in eight languages, Neopets has an active user base of teens and young adults, and more than 60% of that audience is female, the game developer said.

“The property is popular across age targets and since the ’90s its fans have identified it as a fun and safe space, and we want to bring that to a new generation of kids,” says Beach House Pictures’ creative director Donovan Chan. “It’s rare to come across a property with global reach, which has a great historical DNA, but is also a blank slate for creatives because it doesn’t already have a series.”

The brand has changed hands a few times since its launch last century, with Viacom buying Neopets in 2005 for US$160 million. In 2014 Viacom sold the company to JumpStart for an undisclosed amount, and in 2017 JumpStart was acquired by Chinese online gaming publisher NetDragon, which at the time planned to grow JumpStart’s reach with learning-based institutions and consumers.

The new series is part of JumpStart’s larger plan to revamp the brand this year with a reimagined Neopets website, a new mobile game, and licensed merchandise. The game maker, kicked this off with mobile games Ghoul Catchers in 2018 and Neopets: Legends & Letters, last year.

“We plan to leverage Blue Ant’s creative resources to make an animated series that taps into the love people have for this brand, while giving kids worldwide another reason to engage with it,” says Chan.