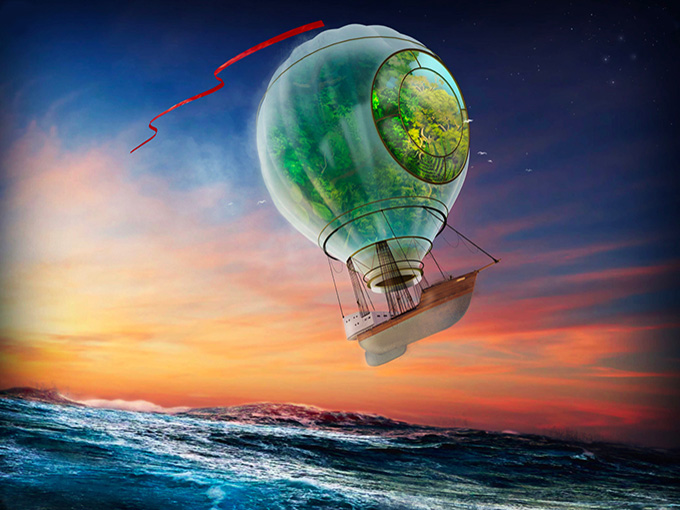 The preteen series marks a step away from the company's focus on younger fare, according to co-founder and EP Diana Manson.

The television show, based on the book series, will target kids ages eight to 12. Before launching Baby Octopus, co-founders and executive producers Diana Manson and Megan Laughton previously adapted a number of publishing-based properties, including several preschool shows like Max & Ruby and Olivia. While the prodco has primarily focused its efforts on the preschool category, by focusing on an older audience for Nadya Skylung, Manson says the show can explore more complicated storytelling.

“We get to write bigger stories than we ever could in preschool,” she says. “We get to look at the complexities of relationships, and you can have A, B and C stories.”

The first book in the middle grade action-adventure series, Nadya Skylung and the Cloudship Rescue, for example, follows the titular character and her best friends as they fight to rescue their flying ship from pirates.

Baby Octopus will partner with New Zealand-based animation company Toybox on the 26 x half-hour episodes. The companies previously collaborated on the YouTube Kids series Sherwood, a retelling of the Robin Hood legend set in world affected by catastrophic climate change.

And while the Nadya Skylung series will skew older than previous Baby Octopus adaptations, it was an obvious fit for the company because of its strong female protagonist, Manson says.

“If you look back at the work we’ve done, we strive to make girl characters that are interesting to kids. This is a continuation of that effort. I’m not really interested in doing a show about boys building things. My interest and Megan’s interest is broader than that.”