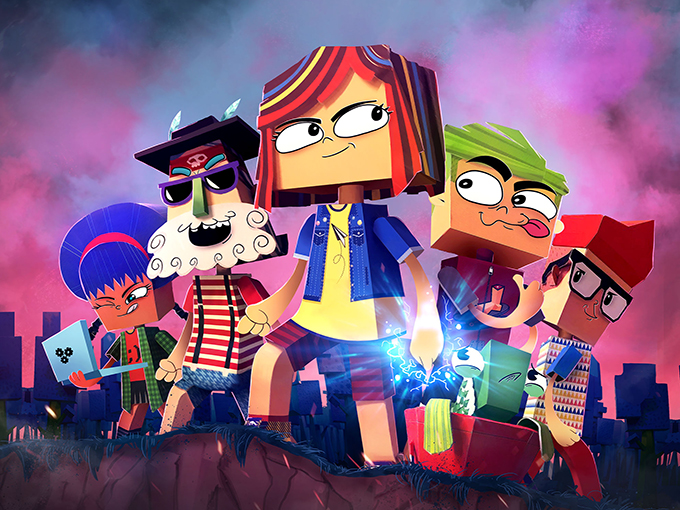 The acquisition gives the Canadian studio access to the Chilean prodco's facilities and expands its footprint in Hispanic markets, says CEO Luis Lopez.

Based in Santiago, Zumbastico was founded in 2002 by Alvaro Ceppi and is one of Latin America’s largest studios for animated children’s and family content. With capabilities in 2D animation, stop-motion, live action and puppets, the company’s kids slate includes Zumbastico Fantastico for Cartoon Network LatAm and The Papernauts for Discovery Kids.

Zumbastico will retain its name and there will be no changes in the studio’s executive and senior management ranks. Ceppi will remain as Zumbastico’s CCO and creative director, alongside CEO and manager Gabriel Noe and director/producer Cristian Louit, who are both founding partners. Financial details of the deal were not disclosed.

Prior to the acquisition, the companies formed a relationship through Zumbastico’s popular stop-motion/2D kids series Paper Port (pictured), which has aired across Latin America on Gloob (Brazil), TVN (Chile), Señal (Colombia), Pakapaka (Argentina) and Discovery Kids (Latin America). Internationally, the show has been picked up by ABC Australia and broadcasters in India and China. According to CEO Luis Lopez, Pipeline helped finance the series and drove the business side of the property.

Lopez moved to Canada from Colombia 22 years ago and founded Pipeline in 2007. The studio then opened a school, a training facility and a sister studio in Lopez’s home country to stay connected to the creative and technical talent pool in LatAm and look for potential partnerships.

“We are very proud of our Canadian talent and the work we continue to do out of Canada, but for companies to survive and stay sustainable, they need to be very strategic with their international opportunities,” Lopez says. “We’re tapping into creative sensibilities from a region that’s making a big difference in the kids content market. Pipeline has been able to produce some great shows with the likes of Disney, Universal Kids and Nickelodeon based on some of the work we have been doing in Latin America.”

According to Lopez, Pipeline was also looking at companies in Brazil and Mexico before deciding on Zumbastico. With Pipeline’s acquisition of the company, Zumbastico plans to bolster its capacity significantly over the next year to deliver on growing demand for content and expansion to new international markets. Pipeline’s staff of about 275 people in Hamilton isn’t expected to grow much larger following the acquisition.

For further growth, Lopez is eyeing potential prodco acquisitions in France and Spain. “We recently opened an office in Paris and plan to open one in Barcelona so we’re expanding internationally,” he says.

Pipeline will be at Kidscreen Summit next week where it’s up for two Kidscreen Awards—best kids mixed-media series for Paper Port and best preschool short film for The Luchador Scooter Race.