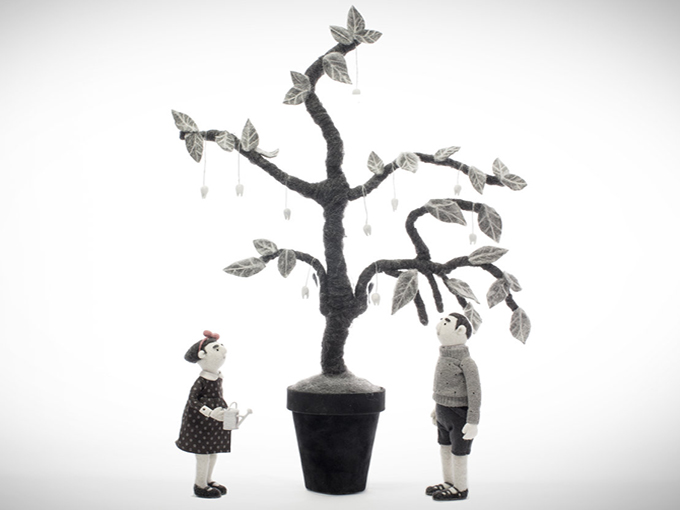 Inspired by her youth, and rooted in a universal story of siblings, Siqi Song's stop-motion short has opened doors for her with major studios.

When student filmmaker Siqi Song was creating the now Oscar-nominated eight-minute stop-motion animated short Sister, her goal was to experiment with the film’s look while telling a serious story. The experimentation paid off because the movie has picked up awards and opened doors for her with major studios who were impressed by her work. (Song submitted it to festivals, and it was one of the 2019 winners of the Oscar-qualifying HollyShorts Film Festival.)

Made as a graduation project during her time at the California Institute of Art’s experimental animation program, Sister follows a young man who imagines what life would be like if he never had a younger sister. Although the story is focused on the Chinese experience, the topic of siblings and family is universal and the reason it’s resonating with global audiences, she says.

The film’s soft-textured look, mixed with its examination of China’s former one-child policy is what helps it stand out, she says.

Song made the film’s characters with felt wool to give them a softer, more playful and childlike look, she says. Overall, the short took about three years to make the film because animating the stop-motion was a slow process and she was only able to film about eight seconds of footage a day.

Song was born in 1989, when China’s one-child policy—which was meant to limit the number of births parents could have—was still in effect, and she wanted to tell a story about siblings and what living without them could mean.

“I wanted to make the film because growing up as a younger sister is an experience I had, but that not a lot of people in my generation in China have experienced, ” she says.

Having gained encouragement from the Oscar nomination for Sister, as well as its awards on the festival circuit, Song plans to continue experimenting with animation and creating films that highlight Chinese characters.

The young filmmaker been very busy since the release of Sister, and after adding the short to her portfolio, she has gone on to work on the animated Netflix series Ask the StoryBots designing puppets and sets, and was a model maker on US stop-motion company Laika’s new Oscar-nominated animated feature Missing Link.

She’s also growing her filmography and directed the stop-motion short The Coin about a young immigrant who searches for the lucky coins she lost when she moved to a new country. That film has picked up the jury award for short animation at the New Hampshire Film Festival, and was nominated for the grand jury award at the South x Southwest Film Festival, last year.

Keep up with our coverage of the #OscarShorts2020 animated short race, including Kitbull, Pixar’s first fully 2D-animated project, which was a challenge for the CG-studio to make, and the Czech student film Dcera, and why it chose a unique style.