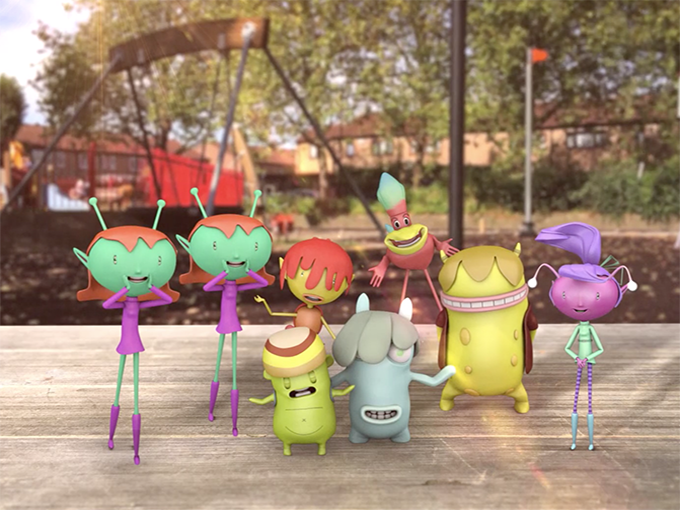 85% of kids learn kindness from their parents

While bullying remains a challenge, kids overwhelmingly want to be seen as kind, and they turn to family to learn how, a Cartoon Network EMEA study has found.

Friendliness and kindness are inherently strong values for kids. And while they should be encouraged and exemplified, these characteristics are already ingrained in children’s unspoiled view of how the world ought to be.

But bullying sadly remains a common problem, and many kids entertainment brand owners that feel a sense of responsibility in this area have launched anti-bullying campaigns that speak to kids and their parents about the issue.

In EMEA, Cartoon Network first launched the “CN Buddy Network” in November 2014. A lot of research went into the development of the campaign. For us, tone of voice and being able to speak kid-to-kid was key.

Five years later, the campaign continues to build momentum and was recently launched in the Middle East, bringing the total up to 16 countries. For that launch, we carried out a study in the United Arab Emirates that revealed the shocking stat that 85% of parents with six- to 12-year-olds were aware their child had been or was currently being bullied.

To build on the campaign’s “Be a Buddy, Not a Bully” tagline, we also conducted a pan-regional EMEA study on kindness. We surveyed more than 6,500 kids ages six to 12 in 14 countries to learn more about how they view “acts of kindness.” The results are overwhelmingly positive and heartwarming, reinforcing the idea that kindness is inherent.

First, almost 60% of kids surveyed said they would most like to be described as “a good friend.” More than half added that they would like to be described as “kind”—scoring higher than other characteristics such as “funny,” “sporty,” “clever,” “strong” and “confident.” Furthermore, nine in 10 kids said they do kind acts every day, and more than a third confirmed they do an amazing three to four kind acts daily (a figure that rises to almost 40% among kids with younger siblings).

When asked to vote for the kindest act a person could do, “Help someone if they’ve hurt themselves” scored highest at 13.7%. Two thirds (65%) of kids said they are most likely to do an act of kindness at school or on the playground. This is consistent across all age groups and genders, however “at home” was cited by more kids in parts of Eastern Europe including Hungary, Czech and Russia.

Proving the consistent power of family, parents were by far the greatest inspiration for children’s kindness, with 85% of those surveyed saying their parents encouraged them most to be kind, followed by grandparents (32%). In Turkey and South Africa, teachers also proved a strong source of inspiration (47% and 39%, respectively), and brothers and sisters over-indexed as kindness role models among children with an older sibling (30% compared to 19%).

Interestingly, despite their popularity among kids in this age group, pop stars, sports stars and YouTubers only scored between 1% and 4% when we looked at inspirations for kindness. Characters in movies and TV shows came out a little higher at 7%. More than 1,000 kids across the region added that seeing a character in a TV show or movie being kind would help them to be kinder. This shows that the characters we create have the ability to positively influence kids—and there is always room for improvement.

Finally, it’s important to note that kindness is contagious and reciprocal among kids. In response to the question “What would help you to be kinder,” more than half said, “If someone was kind to me.” An overwhelming percentage added that seeing other people—options included family members, teachers, friends, famous people and characters in TV shows and movies—being nice to others would help them to be more kind.

We love this idea of spreading kindness, and it’s something we could all learn from. We are, after all, “human kind.”

Lesley Bailey is VP of kids marketing and brand management at Turner EMEA.