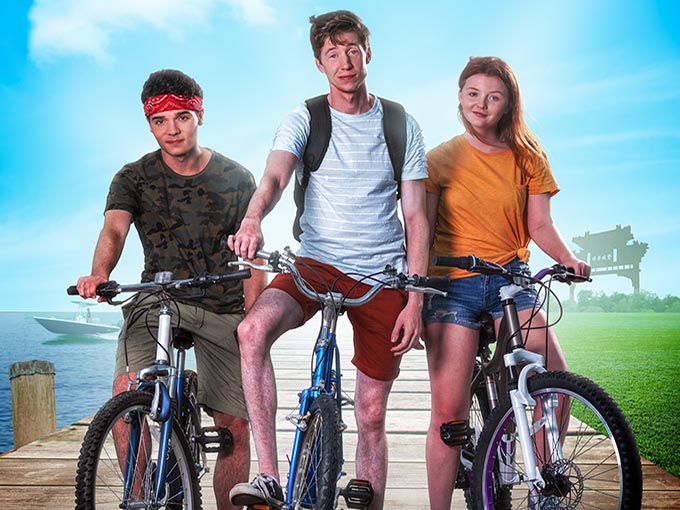 Toronto-based Portfolio Entertainment picked up the global distribution rights for the family comedy-adventure film Project Pay Day as part of its strategy to expand its kids and family distribution catalogue with feature film content.

Produced by Philadelphia-based Crossbow Studio, the 90-minute film follows three kids as they spend several months trying to scheme their way out of getting summer jobs.

“We’ve been working closely with the SVOD platforms for a long time now. We have very close relationships with the existing players and the parent companies of everything coming up like HBO Max and Peacock,” says Donnie MacIntyre, VP of sales and business development. “We know there is a real need on their end for feature films in addition to the television content we’ve been working with for so many years.”

Project Pay Day, specifically, is a good fit for this new strategy because it encourages co-viewing, he says. The film is relatable to kids who just want to have fun with their friends and also appeals to parents because its tone is similar to classics like The Sandlot and The Goonies.

“We are talking to producers and filmmakers in the [kid- and family-focused film] space and that is our area of focus,” MacIntyre says. “You can definitely expect more announcements coming through the pipeline. But that’s not to say we’re focusing exclusively on kids and family content. We also realize that, with the changing landscape, we need to diversify our catalogue and expand beyond our roots.”

Portfolio has also been focused on distributing feature film content through Amazon Prime Video Direct for several months. MacIntyre says the team will continue to develop this strategy moving forward, potentially expanding its efforts to include kid- and family-friendly content.

“Where we are really just entering the feature film space now, we want to test all waters,” he says.

Last month, Portfolio expanded its US team with the appointment of Meghan Sheridan as executive director of development. The newly created role marked Portfolio’s first full-time hire in LA and sees Sheridan work to grow the company’s slate of animated and live-action properties as well as identify branded content projects that can be put into development.