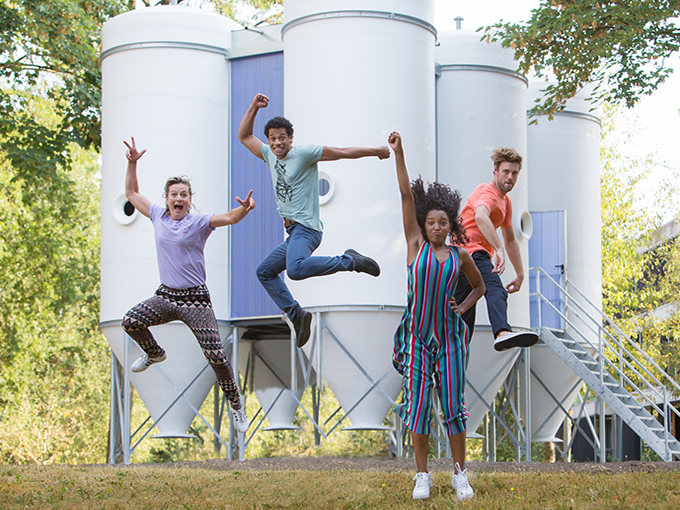 How kidcos are going green behind-the-scenes

When Sinking Ship Entertainment dreamed up the idea for children’s science-fiction series Endlings, the Canadian production company decided it would be set 20 years in the future, telling the story of the last elephant on Earth and four kids in foster care who discover they’re not alone in the universe.

But as Sinking Ship delved further into the project, it chose to take thinking about the future a few steps further.

“We realized the goal was to motivate kids to do something, and if we can’t live by those same values, how could we possibly expect them to make changes?” says J.J. Johnson, the show’s creator and founding partner of the Toronto-based studio. So he embarked on an ambitious plan to go green behind the scenes.

While kids shows have been talking about the environment and the importance of protecting it for decades, it has taken a long time for many to go as far as Johnson and adopt meaningful sustainability measures.

But things are slowly changing. A growing wave of production companies are being inspired by global climate change efforts aimed at slowing the planet’s temperature from rising any further and stopping carbon emissions from reaching their estimated rise by 100 million tonnes a year for at least another 20 years. Those stats (and the activists making noise about them) have entertainment companies thinking twice about their equipment, travel and food.

On the Endlings set, plastic bottles have vanished, and staff members now sip from reusable water jugs. The lunch menu features a lot less meat, with vegetarian options aplenty—and if you’re a vegan, there’s something for you, too.

Both measures had a rocky start, Johnson admits. “We tried eliminating water bottles in the past. It blew up in our faces because people would forget to bring their reusable water bottles, or the distance to the refueling station was too far,” says Johnson.

So he hired a new, non-unionized worker to clean and refill bottles, and if someone forgets theirs at home, the company keeps spares on hand.

Sinking Ship estimates the initiative saved 8,000 water bottles, and it inspired the company to switch to compostable coffee cups and cutlery. Having a refilling station and a person to manage it can be pricey, but Johnson says the company “almost broke even.” On a longer series, he’s confident the savings would outweigh the costs.

Vegetarian meals, however, are still a work in progress after a Meatless Monday trial triggered significant “pushback” from the company’s carnivores.

“We haven’t given up on that one, but we are also cognizant that change can come slowly, and that there are people who just really kind of balk at only being offered vegetarian options,” Johnson says. “I think that is a hill that we will beat.”

For now, Sinking Ship has settled on doubling the number of vegetarian offerings and including a vegan option, but eventually it hopes to try a Meatless Monday again with dishes that appeal to all palates. If that’s a hit, the company would like to expand it further and bring a vegan day into the mix.

These on-set measures began gaining traction in the last six months, says Sarah Margolius, president of Sustainable Media Production Canada. In fact, employees have asked about using a compost station and researched renting electric cars instead of diesel. Some have even applied the vegetarian meals and reusable water bottle usage to their lives at home.

Margolius’s non-profit encourages the use of green production practices, technologies, products and services in hopes of reducing the industry’s environmental footprint.

“There’s a greater awareness about the situation that we’re facing, as you can see with some of the youth actions, especially around Greta Thunberg,” she says, referencing the 17-year-old Swedish activist whose climate strike outside her country’s parliament has since spread all over the world. “There’s growing awareness that everyone needs to play a role, and we can’t just leave it up to the adults.”

Companies, Margolius says, are increasingly striving to obtain green and gold seals from the Environmental Media Association, a non-profit focused on promoting environmental progress (especially in the entertainment industry). The seals denote a production has a high level of sustainability measures in place, and past recipients include Endlings, Disney productions Aladdin, Artemis Fowl and Star Wars Episode IX, and Paramount’s Dora the Explorer and Sonic the Hedgehog.

Over at NTR, a Dutch public broadcaster that is heavily involved in children’s entertainment, a number of environmentally conscious efforts have stemmed from a carbon footprint calculator called albert.

albert was created in 2011 by the British Academy of Film and Television Arts Albert Consortium, an association of prominent production companies and broadcasters committed to sustainability. The calculator estimates the environmental impact of a screen art production and is used by about 1,000 productions annually.

Juliëtte van Paridon, a former NTR editor-in-chief who left to head up the kids team at fellow Dutch broadcaster VPRO at the beginning of 2020, used the calculator for her program De buitendienst (pictured, above). The show, which translates to Out of Office, is aimed at children ages eight and 12. Episodes have featured its presenter trying to live without waste, showing how long a piece of plastic lasts and how microplastics get into your body, explaining problems with palm oil, and investigating how much water it costs to produce jeans. But despite its focus on climate issues, albert revealed transportation was keeping the program from a stellar carbon footprint.

“We decided to halve our CO2 emissions, and instead of going on the road two days per episode, we reduced that to one day,” says van Paridon. The show also built a studio made of materials typically thrown away on NTR’s lot, further reducing the need to travel. “It almost became a competition to achieve the highest percentage of [reduction] compared to other programs. Of course, larger productions such as newscasts and studio shows could easily make a bigger difference, yet we did well in percentage.”

The studio swapped out its lights for LEDs. While pricier, the bulbs expend 90% less energy than their filament counterparts, have longer lifespans, and even help reduce air conditioning costs, says van Paridon. “LED lighting does not give off heat in contrast to traditional studio lamps, which makes it very hot in the spotlights, and air conditioning has to be used to keep things bearable,” she says. “[It was] an unexpected extra saving.”

Van Paridon only serves a vegetarian lunch because she “did not consider it justified to talk about climate on the one hand and to serve meat behind the scenes on the other hand.”

When she presented that argument and provided data on the impact a single piece of meat has on the environment, most people agreed with the move—though there was “some resistance.”

“I have not forbidden anyone to eat meat on the set,” she says. “I just said that I will no longer pay for it from the production budget.”

While NTR is dedicated to sustainability, van Paridon realizes not every company is on the same page. Such measures can be costly, after all. But she’s optimistic about the future. “Most colleagues agree that sustainability is what we need.”