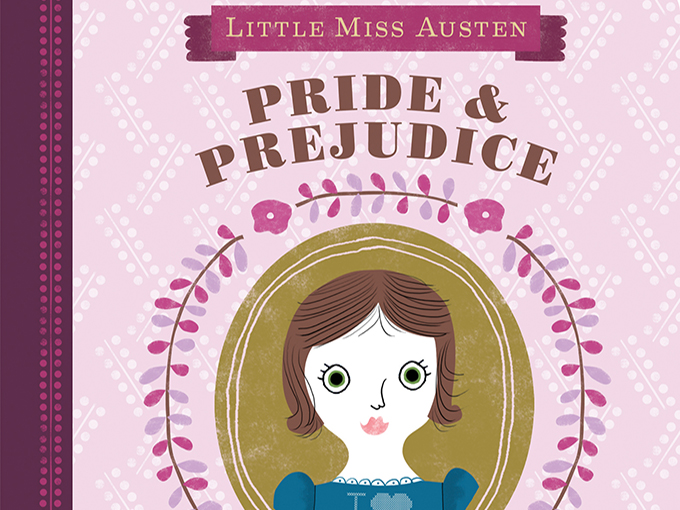 Utah-based publisher Gibbs Smith has partnered with New York licensing agency ThinkTank Emporium to adapt the publisher’s BabyLit and Little Leonardo brands into an animated series. The show will be the first animated series based on these brands and ThinkTank is responsible for singing on production partners to create the show.

The BabyLit books are geared at preschoolers and include kid-friendly versions of classic titles such as Pride and Prejudice (pictured), Romeo and Juliet and Frankenstein, as well as the Little Poets series, which teaches kids about famous writers. The Little Leonardo series educates kids four- to eight-years-old about science, tech, engineering and math.

Together the two brands have sold more than two million copies in 30 countries, and have been translated into 10 languages, says ThinkTank’s owner David Wollos. BabyLit’s existing popularity, coupled with the industry’s interest in introducing kids to literature and STEM at a young age, motivated ThinkTank to partner on the IP, he says.

ThinkTank is going to be at Kidscreen Summit and Toy Fair to find production partners who can adapt the brands into one, or even multiple shows. ThinkTank is leaving the show’s format and animation style up to the prodcos, and has no concrete plans for what the productions could look like, says Wollos.

“I feel that there’s a world for this brand beyond books,” he adds. “There’s a demand among animation studios for fun and educational stories to adapt, and these brands leverage the popularity of both early learning and classic books. These books will get kids gets kids interested in reading the actual classics as well at a younger age and grow their interest in learning.”

ThinkTank is also seeking licensing partners to expand the book’s merchandising program, which already features tote bags, buttons, dolls, puzzles and a memory matching game, all of which are produced by Gibbs Smith.