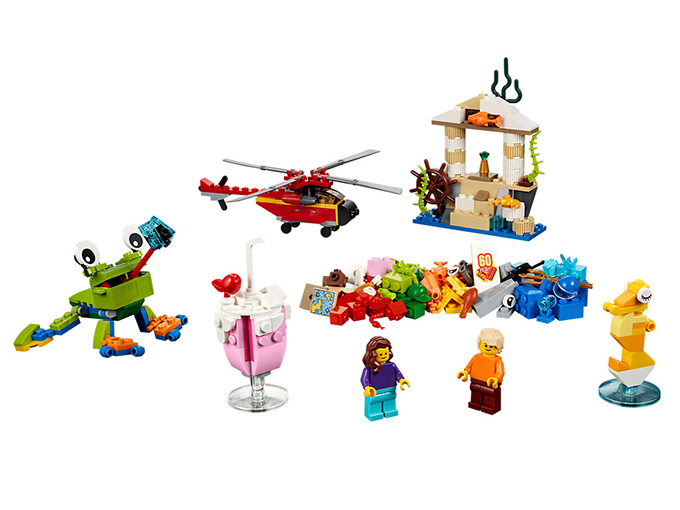 New data from research firm Kids Insights shows only a few brands like LEGO and Minecraft appeal equally to boys and girls.

Retailers may be doing away with the pink and blue shelves that used to populate toy sections, but a new report from UK-based market research firm Kids Insights found boys and girls have very different tastes in toys.

According to the UK Toy Market Report 2020, the top playthings for preschool boys were LEGO (pictured), PAW Patrol and LEGO Duplo. For girls, the top toys were Barbie, L.O.L. Surprise! and My Little Pony. The only items to make the top-10 list for both boys and girls were LEGO, LEGO Friends and PAW Patrol, according to the report.

For tweens (ages 10 to 12), LEGO was the top toy for both boys and girls. Minecraft and WWE figures rounded out the top-three for boys, while girls named slime and LEGO Friends as their other favorite playthings. There was significant overlap in the top toys for tweens, with LEGO, slime, Minecraft, board games and Star Wars toys all making the cut for both boys and girls.

Beyond the differences between boys and girls, the report also focused on the preferences for different age demographics.

Kids Insights also found children ages three to 12 spend around US$669 (£513) on toys and games each year. Stickers were the top purchase for preschoolers and kids ages six to nine, while trading cards were the top pick for preteens.

And when it comes to spending money and supporting companies, kids care about being green. Kids Insights’ data shows more than half (64%) of kids reported thinking about their impact on the environment by the age of 13.