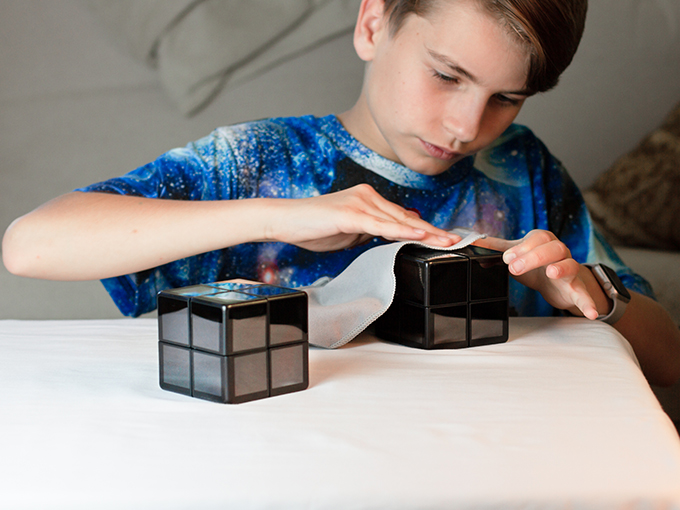 Kidtech creators thought inside the box at this year's Las Vegas conference, blending technology and physical play in new and innovative ways.

If you look at everything that came out of CES in the kid space this year, the future is all about app-connected play that blends the physical and digital worlds. Every year at the annual tech conference in Las Vegas from January 7 to 10 a few trends emerge. In the adult space this included a focus on smart homes (think easy to use, customizable mini greenhouses and smart doors with package lockers) and the usual self-driving cars. But in the kid space, beyond the usual slew of coding and robot toys (that was such a major theme in the 2010s, it made our list of the biggest kidtech trends from the decade), there were a few products that stood out from the herd. 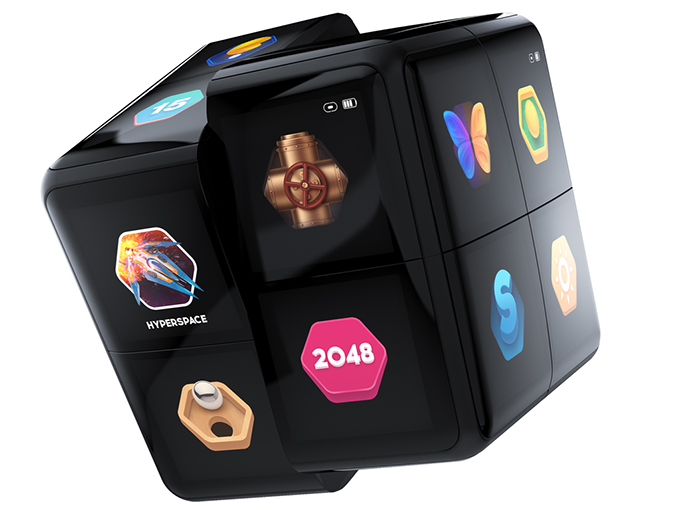 As far as classic play patterns go, no one has really been able to improve on the 1980s Rubik’s Cube. But a newbie is bringing the idea into 21st century. Created by WOWCube, the toy of the same name costs US$249. The company’s goal is to do what a lot of kidtech companies want to do—blend the physical with the digital. Like the traditional Rubik’s Cube, the gizmo rotates with the goal of making matches and solve puzzles. All done? Simply Shake the device to reset the game.

WOWCube wasn’t the only new cube on the block at CES, Ampere debuted the Hyper Cube and a new company launched the Crea:Cube math toy for kids. 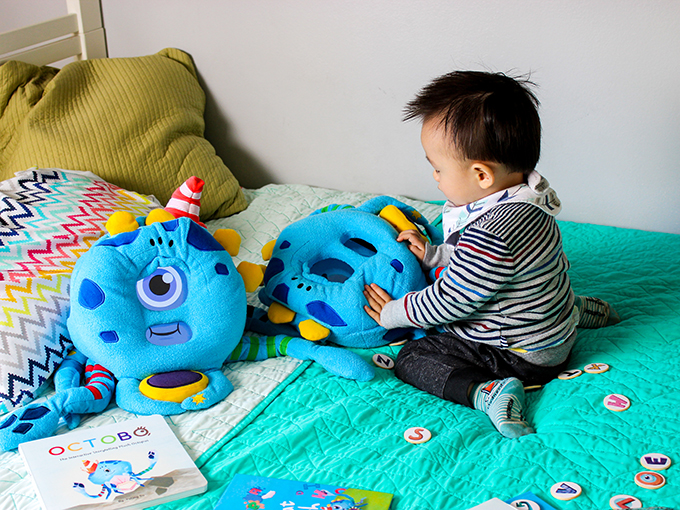 Taking a tablet case a step further, Thinker-Tinker has created a next-generation stuffed animal. The octopus, dubbed Octobo, wraps around a traditional tablet and connects wirelessly to a device, which then gives the plush life. Aimed at the zero to three-year-old audience, the US$149 starter kit includes storybooks and interactive tokens for the octopus (and by extension the tablet) to interact with using sensors and the camera. Octobo debuted in December and is available on Thinker-Tinker’s website. The next step for the toy is to take things up a notch with a new licensing agreement with DreamWorks for a collectible Trolls version of the toy that works through in-app game play, is targeted at six to 11-year-olds and will come out sometime in the summer. 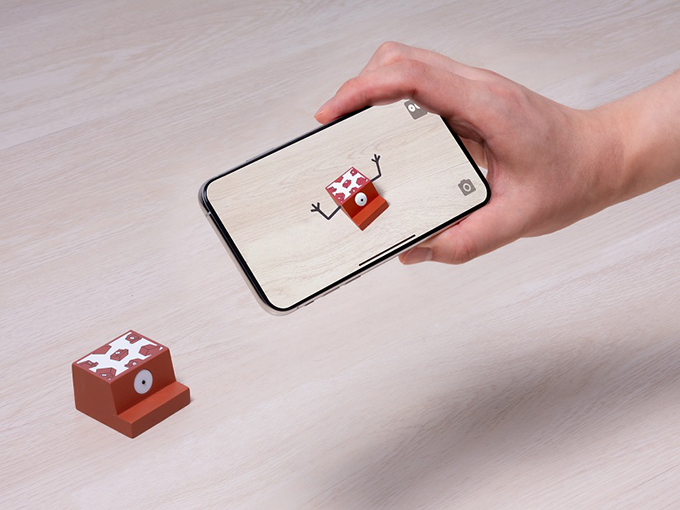 Keeping in-line with the idea of connected play that blends the physical and digital worlds, South Korean company dear.architect is shaking things up with a new app and product aimed at three- to eight-year-olds called Roomy. It consists of six pieces of bedroom furniture like a dresser and bedside table made out of wood blocks, which have eyes. Special stickers allow the toys to be recognized by apps, which bring the furniture to life.  The aim for the product, currently only available in Korea but looking to begin US sales in April, is to make kids less scared of the dark and their rooms by making furniture with their friend. Moving forward, the company plans to expand with new furniture items that fit into other rooms in the house. 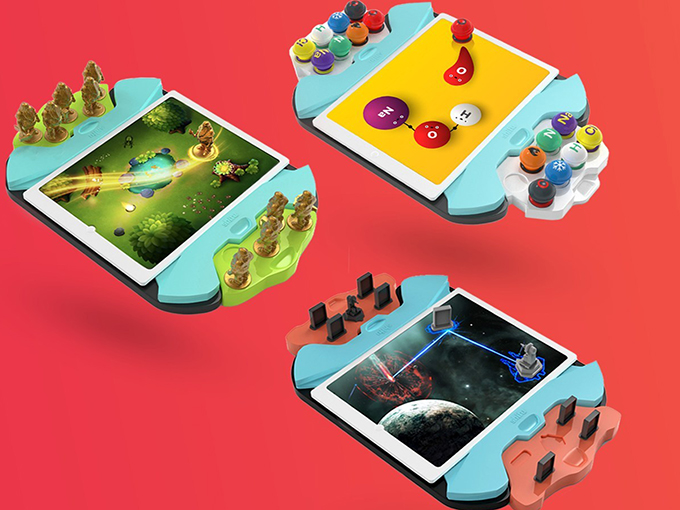 Shifu’s Plugo playmat is not exactly new to the market (it has been around since 2018) but Plugo’s newest product changes it up a bit by focusing on science and tactile games with new game pieces and chemistry bonds that can be moved around on the tablet-connected purple playmat. Physical pieces of the toy interact with the tablet and help users play the games. Shifu Tacto costs US$59.99 per set and will be available in June. Past products, which included reading, math, and music offerings, were for targeted at grades five and under. But the new toy will be older skewing for ages seven to 12, and look at chemistry, space and problem solving skills. 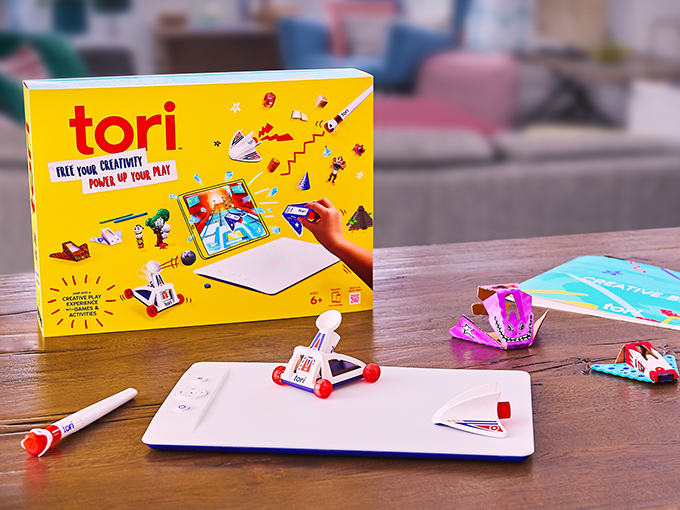 Bandai-Namco has teamed up with ISKN to create another app-enabled physical, digital blended toy for the five to eight set. This one runs US$129 for the tech mat, a spaceship toy, a catapult toy, a storybook and a kit to make their own custom spaceship. Connected to tablets, the magnetic apps allow kids to “fly” around a course with the spaceship or “take down” a fort with the catapult. Kids are occasionally prompted to leave the game and build their own vehicle to complete the next game or level. Its available online now via Amazon, Toys “R” Us, Bandai’s own website and Best Buy, as well as several regional retailers.