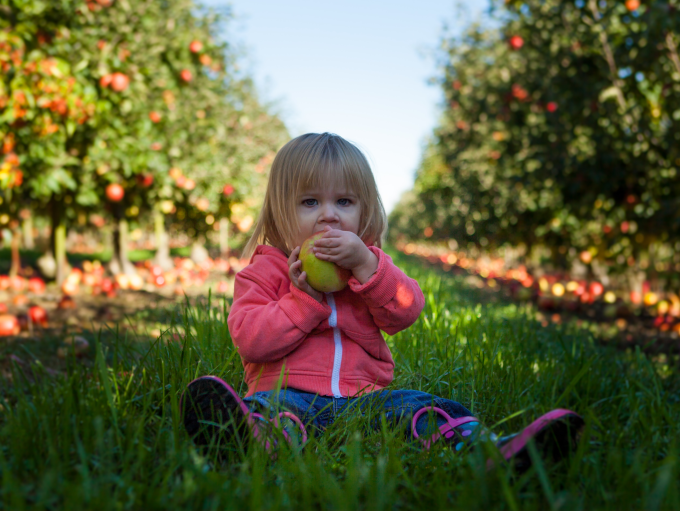 A new study suggests that shows with healthy food options can encourage kids to pick up an apple instead of a chip.

You are what you eat…and you tend to eat what you watch. It’s been long understood that kids’ food choices can be negatively influenced by what they see on TV, particularly through advertising (one study by Cancer Research UK, for example, found that teens who watched more than three hours of TV a day ate 500 more unhealthy snacks over the course of a year than their TV-less counterparts).

But what if kids shows could help instill healthy habits?

A new study published in the Journal of Nutrition Education and Behavior found that kids who watched a show about cooking were more likely to make healthy food choices.

Those who sat through the healthy clips were more than twice as likely as their counterparts to choose an equally healthy snack. Indeed, 41.4% of kids in that group opted for a healthy snack, like an apple or cucumber slice, compared to just 20% of kids who sat through the unhealthy food clip. Interestingly, 22.7% of those in the control group (who watched a non-food related show) opted for a healthy snack, suggesting that if the series isn’t focused on healthy food options, it might better to skip the dish entirely to encourage healthy eating. Schools may find this particularly useful, the paper found, as the movement for instilling healthy eating habits has grown in momentum alongside childhood obesity rates.

Journal of Nutrition aEducation and Behavior