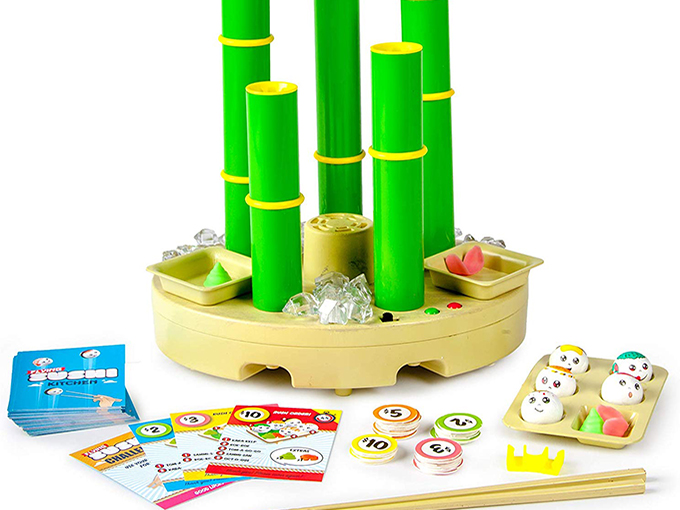 Florida-based RedwoodVentures, the toyco behind food-inspired games and products like Flying Sushi Kitchen (pictured) and Pig Out!, has brought on George Funk as its VP of sales for North America, with the remit of growing the company’s distribution.

Funk joined Redwood in December and prior to working at the toyco, Funk was the owner of Fun-K Sales and Marketing, where he worked with clients including Zinkia Entertainmnet, Scholastic’s Klutz division and Chance Athletics. He’s also worked as the director of sales for Texas puzzle maker Project Genius and the VP of sales for Japanese toyco TOMY.

The toyco also upped EVP and GM Gary King to the role of CEO, this past October. King joined Redwood this past March and has expanded the company’s distribution channels with the launch of several new toys and novelty candy products. He also helped grow the company along its Foodie Surprise and Luvi Pups toy lines, which will be displayed alongside new brands at the New York Toy Fair in February.

Prior to working at Redwood, King was the VP of sales and marketing for bread and pastry manufacturer Cidrines, and before that was the GM and chief sales and business development officer for Florida-based drinkware company Tervis. He’s also held roles as the regional sales VP of national accounts for Hallmark Cards, and was the GM, director of sales and Walmart sales team leader for Crayola.