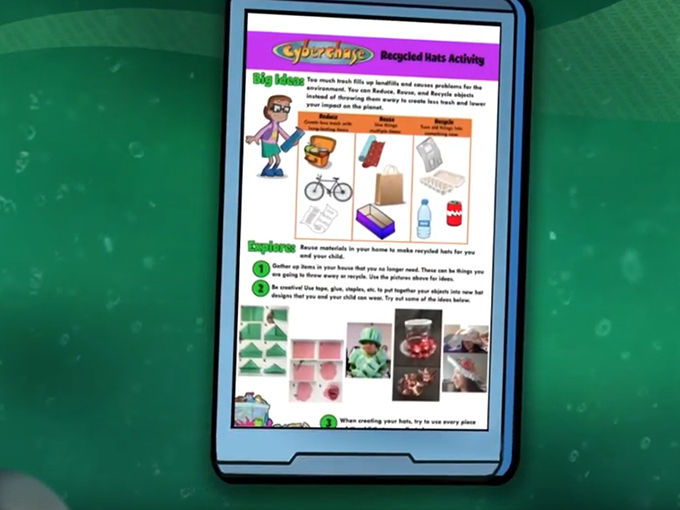 A new US pilot program uses mobile engagement and the hit PBS KIDS show to help families learn how to better care for the environment, one activity at a time.

Funded by the National Science Foundation, the six-week program saw more than 500 families from Houston, San Antonio, Tampa and New York receive weekly text messages featuring eco-themed videos from PBS KIDS’ series Cyberchase and a choice of two activities to do with their children. Using recycling, energy and water-saving themes, indoor and outdoor activities were suggested, including household trash audits and habitat walks.

A pilot research study was also conducted among 95 families as part of the program. A key result was that parents reported increases in their family’s knowledge of how to care for the environment and upped their actions around conserving water and recycling. Parents also visited more museums and engaged in more discussions about animals and plants, and science and the environment in general.

Parents included in the study were mostly Latino (72%) and low-income (76%). Nearly 50% of the families clicked on at least half of the weekly links sent to them.

Going forward, the creators of the program are exploring offering Cyberchase: Mobile Adventures in STEM several times a year, perhaps quarterly, with activities focused on a new unifying theme considered important, relevant and actionable by families.