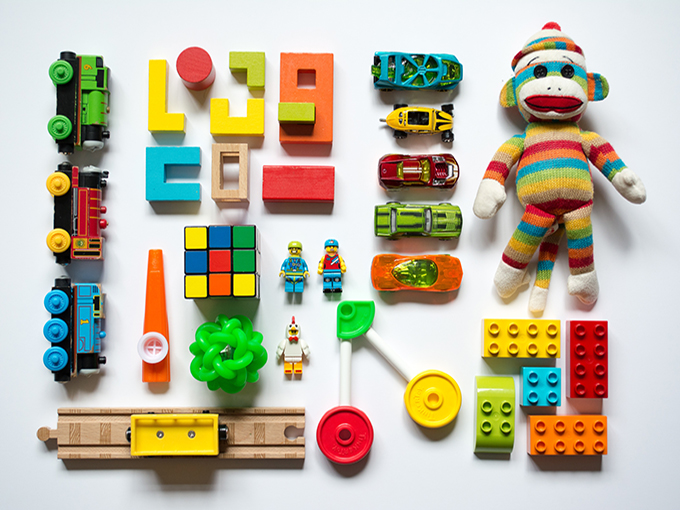 What will the next 10 years in toys look like?

Toys that teach social graces? The direct-to-consumer revolution? It's all on the table as experts look into their crystal balls at the future of consumer products.

I hope you have your silly hats, novelty glasses and noisemakers at the ready, because 2020 is almost here. And as Kidscreen counts down to the end of the year and the start of a new decade, it’s time to say goodbye to the toy trends of the 2010s and look forward to the consumer products that will make headlines for the next 10 years.

If, in 2009, someone had told you the next decade would be filled with smart speakers, interactive companions hatching out of eggs and videos of kids unboxing new toys, you would have called them crazy. Now that all of these product trends are commonplace, what could the next 10 years have (quite literally) in store? We asked industry experts to swing for the fences and give us their best guess as to what the top toy trends of the 2020s will be.

Marty Brochstein, Licensing International’s SVP of industry relations and information, believes there will be a technological revolution within the next 10 years. No, he’s not talking about a Terminator-style uprising—according to Brochstein, the kids industry will finally crack the integration of toys and technology during the next decade.

“It’s easy to overlay some bells and whistles and things of that sort, but it’s been a sort of quest to successfully navigate that conjunction between the online and offline worlds,” he says. “It’s a difficult thing to do, to fully integrate electronics with toys, and that, to me, will be the ongoing challenge.”

Pocket.watch CRO Stone Newman, meanwhile, is keeping his eyes keenly focused on the future of retail. The next decade will bring about a seismic shift in the way consumers make purchases, he says, one that will make Amazon’s business plan look like a small pivot in comparison.

“It’s a bit of a risky statement for me to make, because so much of our industry’s success is tied to the Walmarts and the Targets and the Amazons of the world,” Newman says. “But we’re going to see an even bigger change in direct-to-consumer shopping. We’ll see a shopping experience that is truly personalized to individual needs. So, if my kids like soccer, baseball and music, our experience will reflect those interests and give us directly what we want.”

With an even greater focus on direct-to-consumer retail, he says, licensors and manufacturers will have to adjust to dealing directly with kids and their families.

“One of the conveniences of selling to Walmart or Target is that they have massive distribution, they buy larger quantities and they partner with you on signage and marketing. Over the next 10 years, your relationship will have to be directly with the consumer.”

For his part, Bulldog Licensing’s group managing director Rob Corney believes the dominance of superhero content and related consumer products will lose power in the 2020s.

The industry is in a state of flux due to factors like Brexit (or lack thereof) in Europe and ongoing concerns around tariffs and a potential trade war between the US and China. According to Corney, this lack of confidence within the industry mirrors the 2008 crash. Companies needed stability, he says, and they found that in a handful of—predominantly—Disney properties.

“You’re seeing the same thing happening now,” he says. However, because so many companies are trying to capitalize on these fan favorite characters, Corney believes audiences will reach superhero saturation.

“The hype has been generated to such a crazy extent that the sell-through at retail is never, ever going to match up to the market opportunity. I think these superhero properties have simply pumped out too much content. It’s difficult to keep up, and they’re asking you to invest too much of your life in keeping up with the franchise, which is not a question any creator should be asking of his audience.”

Something else that’s disappearing in the next decade? Basic social skills. Pocket.watch’s Newman believes consumer products in the next 10 years will have to teach kids life skills and social graces.

“As our world gets even faster and even more dependent on technology, I think we’ll see a huge uptick in toys and games that focus on traditional social interaction,” Pocket.watch’s Newman says. “There is so much technology-driven stuff that the fine motor skills and social skills we all take for granted are disappearing.”

Moving forward, Newman says so-called educational toys will likely have less to do with reading, writing and arithmetic, and more to do with navigating social interactions and appropriate interpersonal dynamics.

The future is now, and apparently it’s socially awkward.

Check back the rest of the week to see what the future of tech, TV and movies will look like in the kids space. To keep up, check out the 2020s landing page where all of the stories will be all week.