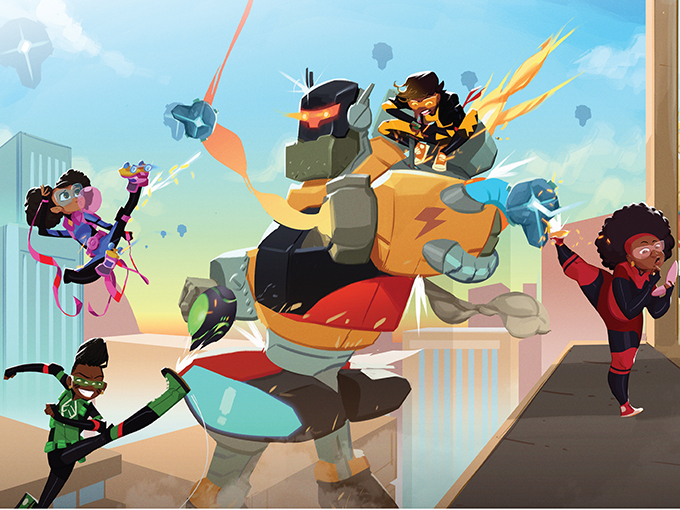 Guru Studio and PBS KIDS notched top spots in production and digital media, respectively, while first-timers Sixteen South and Funko joined the party, too. See who else made the list.

The industry has voted and there are some fresh faces on this year’s Hot50 list. Toronto’s Guru Studio has dethroned 9 Story Media Group to land its first production title. PBS KIDS cracked the top of the digital media category after three years of YouTube Kids’ claiming the honor, and a slew of newcomers joined the rankings, including Sixteen South Studios, Atomic Cartoons, Funko and Pocket.watch.

After finishing third and second in 2018 and 2017, respectively, Guru continues to find success with its hit preschool series True and the Rainbow Kingdom and its latest preschool entry Pikwik Pack, which will premiere next year on Disney Junior and Hulu in the US.

As for PBS KIDS, it landed in top spot on the digital list after strong performances from its PBS KIDS Games app and short-form content growth across YouTube and Facebook. The US pubcaster also secured second place in broadcasting and jumped into the top-three in licensing.

This year, streaming giant Netflix took the top ranking in broadcasting for the sixth consecutive year—a feat no other company has been able to achieve since the Hot50 launched in 2014. It reclaimed its crown on the strength of international growth (9.6 million new paid subscribers joined the service globally in Q1) and a larger focus on diverse original projects with new storytellers including Malenga Mulendema (Mama K’s Team 4, pictured), Elizabeth Ito (City of Ghosts) and Jorge Gutierrez (Maya and the Three).

Irish distributor 9 Story Distribution International and Toronto-based Spin Master, both triumphed again in distribution and licensing, respectively. Among its accomplishments, 9 Story built up its global presence by selling nearly 1,000 half hours to new digital partners across Indonesia, Thailand, Hong Kong and Korea, as well as the second-window rights of Chinese prodco Magic Mall’s animated series Luo Bao Bei to Netflix.

Here’s the complete list of this year’s Hot50 companies, which is also showcased on Kidscreen’s dedicated microsite:

The number one-ranked companies will each receive trophies at the Kidscreen Awards ceremony, which will take place on February 11 during Kidscreen Summit 2020 (February 10 to 13 in Miami, Florida).

Additionally, all Hot50 2019 companies are featured on Kidscreen’s dedicated microsite, and in a special print insert that will be distributed with Kidscreen’s February/March issue at Kidscreen Summit.

Now in its sixth year, the Hot50 is determined by Kidscreen’s 16,500-plus print and digital subscribers through votes for the most happening companies in children’s entertainment.