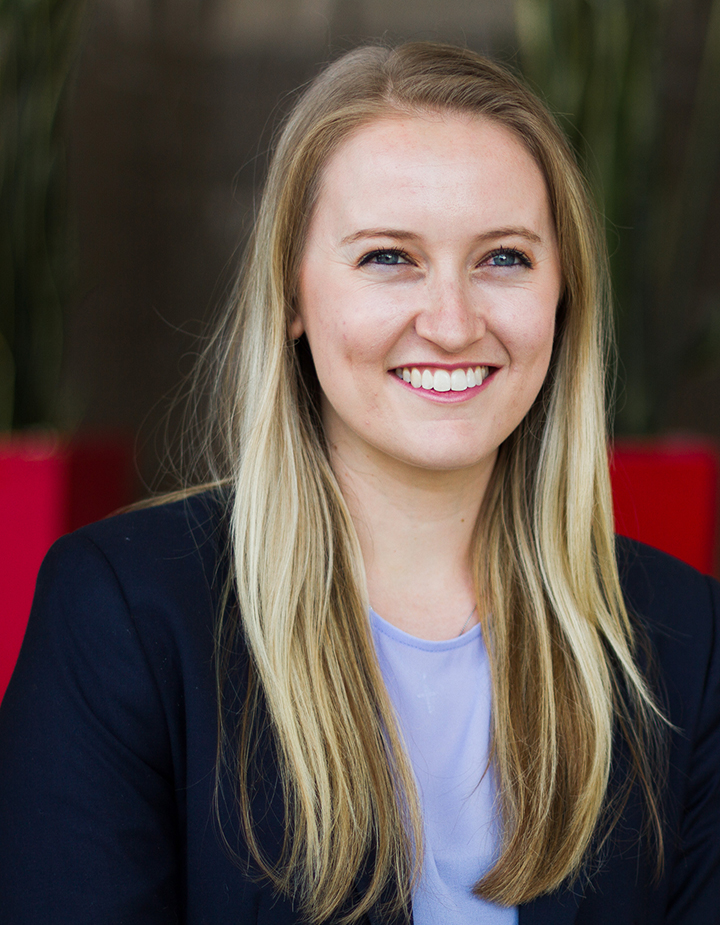 Ted Talk speaker and generational expert, Ashley Fell is preparing for her presentation at Kidscreen Summit 2020 about Gen Alpha and the future of media.

After speaking at between 30-50 conferences each year for the last four years, doing countless hours of research and even giving a Ted Talk, Ashley Fell is ready to take the stage at Kidscreen Summit as the keynote speaker on Wednesday, February 12, 2020.

Some might say the team leader of communications at social research agency McCrindle (which specializes in generational research), has been preparing for this moment her whole career—though her career hasn’t actually been that long. Fell started at McCrindle right out of university (University of Technology in Sydney, where she got a Bachelor of Arts in Communication, majoring in social inquiry), as a research executive in 2013 and has been there ever since.

Now, she is about to stand up on stage and tell the bulk of the kids’ industry what they need to know about Gen Alpha, the name her company coined for kids born between 2010 to now.

“I personally love busting the stereotype that people might hold of what a keynote speaker on demographics is going to look like, as a young Millennial woman coming in,” says Fell. “But I also love the challenge of people thinking they have to sit and listen to a demographics presentation or a lot of data.” Instead of boring numbers, keynotes can be loaded with humor, she says.

Even though she’s not a Gen Alpha herself, or even a Gen Z (1996-2009) for that matter, Fell spends much of her time thinking about, researching and analyzing the youngest generation. She is writing a book with her CEO Mark McCrindle about them.

The book, while still lacking a title, will cover what the key demographic realities are for these kids, and how the social, political and cultural realities of today will shape their views tomorrow—and what this means for parents, educators, leaders and organizations. She will also dive into the future of education, particularly in light of how globally and digitally connected this generation already is.

She hopes people will leave her keynote with an understanding that today’s oldest Gen Alphas were born the same year the first generation iPad was released. They are an entire generation that cannot remember life before smartphones and tablets—they aren’t just shaped by the touch technology, they’ve literally never known a world without it.

Gen Alpha also loves to use what McCrindle refers to us “slanguage,” and brings lots of tech speak into verbal communication. And they’re incredibly visual as a whole.

“The number one search engine for Gen Alpha is no longer Google. It’s YouTube,” says Fell. “Why would they read it when they can watch it?”

A lot of this research will crop up in her keynote speech, which will also touch on the future of media, what media this generation will be engaging with, how they are going to consume information, what stories will resonate with them and “how producers and writes of content can engage this next generation, in the changing context that they will be shaped in,” Fell says.