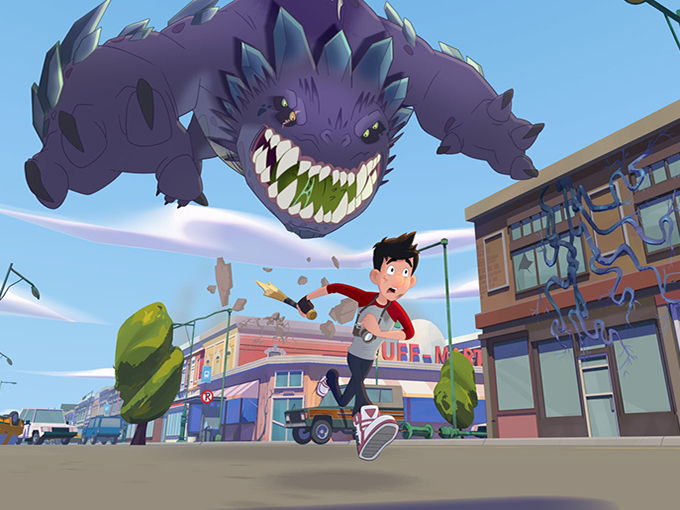 While the production service side of its business is thriving, the growth is being driven by original animated titles such as The Last Kids on Earth.

The Vancouver-based company attributed the majority of the US$2-million (CAD$2.7-million) increase to growth in its animation division, Atomic Cartoons.

EBITDA for the segment was US$2.25 million (CAD$3 million), down from US$3.1 million (CAD$4.2 million), which the prodco said was due to an increase in direct costs from production. Thunderbird said it has 21 projects in production, nine of which are owned or partnered IP.

During its quarterly call on Monday, company executives said Thunderbird has been encouraged by “the gold rush moment in the content development industry” revealed by the early success of high quality, long lasting brands in the streaming market such as Disney+, which has already topped 15 million app downloads according to estimates.

The company is currently service producing Legend of the Three Caballeros and 101 Dalmations for Disney, as well as other streamer-commissioned projects such as Curious George (Hulu) and Super Dino (Amazon).

While Atomic is looking to build out its service-production business, IP ownership remains core to its strategy. The Last Kids on Earth (pictured), a Netflix original series for which Thunderbird owns the IP, launched worldwide on the streamer this fall. Followed by its new preschool toon Hello Ninja.

On a conference call, Thunderbird chair Brian Paes-Braga said additional episodes of The Last Kids on Earth are currently in production for 2020. The show’s release is being paired with the launch of a toy line from Jakks Pacific and Cyber Group Studios in 2020, followed by the release of a Last Kids on Earth video game in 2021.

On the factual front, Thunderbird subsidiary Great Pacific Media is in production on five series during the quarter, including Highway Thru Hell (season eight), Heavy Rescue: 401 (season four), Save My Reno (season three), Queen of the Oil Patch (season two) and its new CBC series High Arctic Haulers.