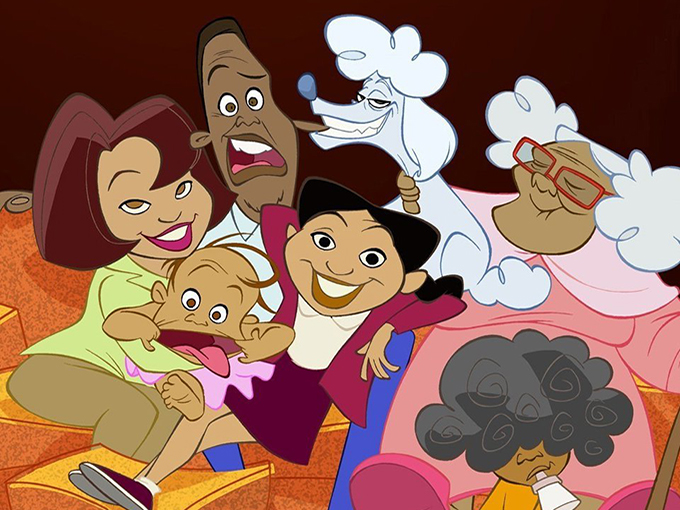 Disney+ bringing back The Proud Family

The House of Mouse is diving into its vault and reviving the animated series, which ran from 2001 to 2005.

Disney is partying like its 2001, with new episodes of animated series The Proud Family for Disney+, Kidscreen confirmed.

One of the show’s stars, Jo Marie Payton (voice of Suga Mama), announced the show’s return on ABC’s Good Morning America. “Yeah, Suga’s large and in charge,” said Payton in an interview. “That’s all I’ve got to say—except for Suga Mama will be doing some new episodes come February.”

This isn’t the first time one of its stars have announced the series’ return. In August, Tommy Davidson (voice of Oscar Proud) revealed that the series would be returning in an on-camera interview with online news outlet Where is the Buzz.

While the SVOD is working on new episodes for the show, no other details are available at this time.

Created by Disney animator Bruce Smith (Tarzan, The Princess and the Frog), The Proud Family was produced by Smith’s Jambalaya Studios. The show ran for three seasons from 2001 to 2005  for a total of 52 x 22-minute episodes. Following the its finale, the kidsnet debuted the Disney Channel original film the Proud Family Movie in 2005. Revolving around a young girl’s adventure with her friends and family, The Proud Family was one of the few animated series to focus on a black family, at the time.

Disney has been doubling down on the popularity of existing brands—and leveraging the nostalgia—as it works to build out Disney+. The SVOD service has already announced that it will be bringing back its live-action/animated series Lizzie McGuire with new episodes. The series aired on Disney Channel at the same time as The Proud Family and ran for two seasons.