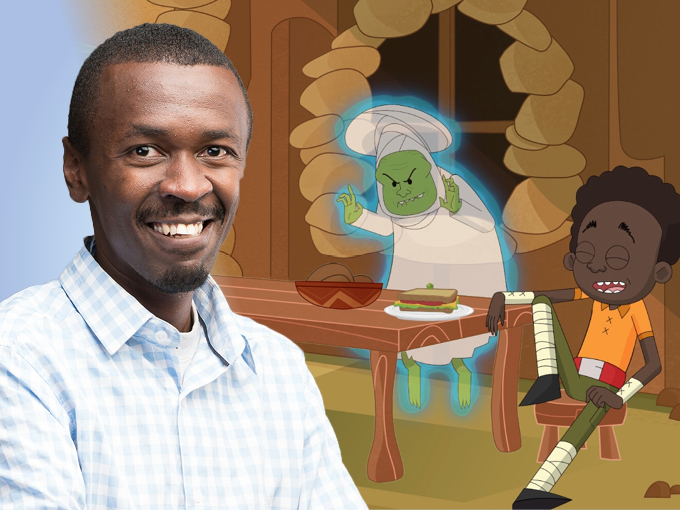 Turner Kids Africa exec Ariane Suveg explains how the kidsnet is addressing the lack of local content and tapping into the continent's emerging animation sector.

WarnerMedia’s kidsnets are on a roll in Africa. Cartoon Network and Boomerang have been leading the pay-TV kids’ segment in South Africa—ranking number one and two, respectively—for 61 consecutive months, according to ratings tracker DSTV. But while internationally-produced hits like DC Super Hero Girls, Teen Titans Go! and Mr. Bean are resonating with four to 14s, the ratings for both channels reveal a lack of locally created and produced options.

Only one of Cartoon Network’s top-10 best performing series in the country—soccer-themed comic book adaptation Supa Strikas—originates from Africa. Ariane Suveg, head of programming and kids content at WarnerMedia-owned Turner Kids Africa in Johannesburg, wants to reverse the trend.

She says the continent is chock-full of interesting creative talent, but the local animation industry doesn’t have enough studios, government funding and school programs to support them. “We don’t have all the solutions right now, but it’s about partnering with talent even though there aren’t many established studios,” Suveg says.

In a bid to boost local opportunities, CN Africa launched the Creative Labs competition in 2018, and the first three pilots from the local creators are set to premiere on Janaury 11, followed by a digital launch at a later date. The competition called on African creators, writers, graphic artists and animation students to submit a one- to three-minute short comedy project aligned to Cartoon Network’s sensibilities. The winners received access to resources to turn their concepts into short pilots for broadcast on CN and its digital platforms.

Out of more than 200 entries, a winner and two runners-up were revealed at last year’s DISCOP TV and film market for the Middle East and Africa in Johannesburg, South Africa. Nigeria’s Ridwan Moshood won for his super hero project Garbage Boy and Trash Can, while the runner-up honors went to South Africa’s John Phillips for Intergalactic Ice Cream and Kenya’s Mark Kinuthia for Majitu (pictured alongside Kinuthia).

The shorts made their market debut at DISCOP last week.

She notes that the challenge was producing all three shorts, including three different sets of characters, dialogue, music and visual worlds, at the same time with a small team.

On Majitu, Suveg says they stayed very faithful to Kinuthia’s original concept, but spent the most time adding extra frames to make the animation more fluid, and adjusting the tone of the writing. “Mark [Kinuthia] submitted a motion-capture animation with voice work that was impressive and gave us good sense of what he wanted to do,” she says. “Then we created another story with the same characters.” The short tracks a couple of laidback superheroes on a quest to prevent an evil witch from opening a gate between Earth and a phantom’s universe.

Suveg says she was drawn to the story’s integration of African mythology and environments, but also the project’s mix of random, imaginative humor that’s common in Cartoon Network shows produced in the US. “Mark is a good example of what we see in Africa,” she says. “There are a lot of people who are passionate about animation and have learned by themselves. For Mark, this was the first time he had worked with a network.”

Looking ahead, once Cartoon Network looks at ratings and fan reaction to the pilots, full series orders will be determined. As for a second edition of Creative Lab, Suveg says it’s possible, but for now the focus is on the winning projects.

“We are convinced these projects have great potential,” she says. “And even with the ones that weren’t selected, we now have even more connections to local talent.”

Suveg says Cartoon Network has its eye on Nigeria too because of its thriving superhero-based comic book industry in Lagos. “One of our targets for development (for our Toonami superhero channel) is to look at comics and see if we can do partnerships to produce some kind of content around African super heroes,” she says. “It’s a niche for now, but it could grow.”