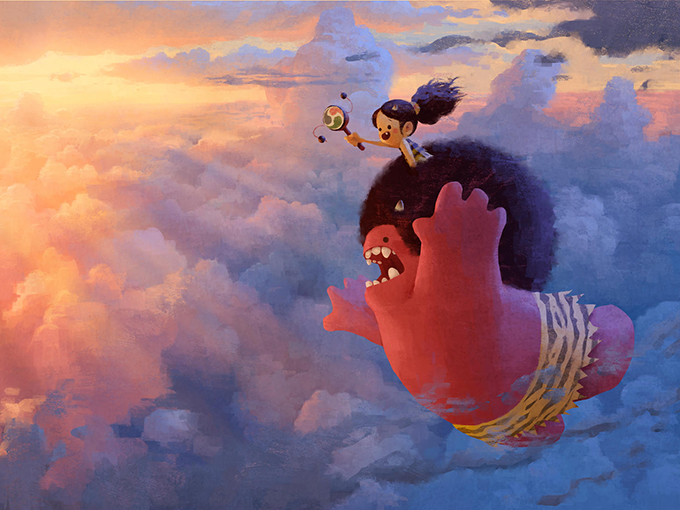 Former Pixar artist Daisuke "Dice" Tsutsumi serves as the creator and showrunner on the hybrid series, while the SVOD also picked up John Mulaney's children's special.

In a world filled with oddball gods and monsters from Japanese mythology, Onari, wants to follow in the footsteps of the heroes from the past (despite her lack of powers) and has to protect her village from the presence of mysterious “Oni” who threatens the gods.

Daisuke “Dice” Tsutsumi is the creator and showrunner for the stop-motion and CG-animated show. Originally from Japan, Tsutsumi’s credits include Ice Age, Horton Hears a Who!, Toy Story 3 and Monsters University. He left Pixar to co-found Tonko House with Robert Kondo in 2014. Megan Bartel is the producer and Robert Kondo, Kane Lee and Zen Miyake, all from Tonko House, are the EPs.

This is the second series Netflix recently picked up that dives into local mythologies. Ghee Happy from Sanjay Patel is a new animated preschool show following five Hindu deities reimagined as kids together at a daycare.

In other Netflix news, the streamer has also picked up a new comedy special from John Mulaney. Unlike his other stage-bound, glitzy specials, John Mulaney and The Sack Lunch Bunch (premiering on December 24) is done in the style of an old school children’s special. Directed by Rhys Thomas, a group of eight to 13-year-olds are going to sing songs about their feelings and welcome celebrity guests to an outdoor set for comedy sketches aimed at all ages.