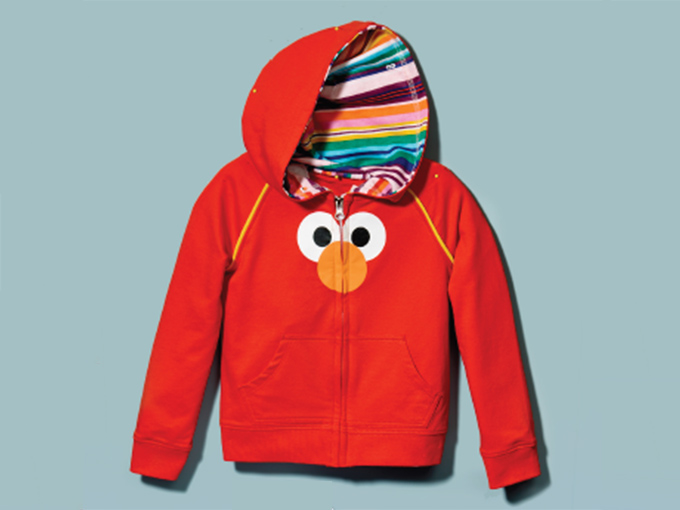 Big Bird and Elmo are getting fashionable, as the brand inks even more clothing and accessories deals.

The Sesame Street x Smash + Tess line includes rompers for kids and adults. Now available exclusively online, the range features Sesame characters like Cookie Monster, The Count and Big Bird, and is made with sustainable rayon from bamboo and cotton blend.

Peace Collective’s line, meanwhile, will launch in stores and online on November 14. The range includes sweaters, t-shirts, hats, mugs, pins and magnets for children and adults and will be available across the US and Canada.

Sesame has inked a number of apparel agreements this year. In February, Sesame Workshop expanded its partnership with Puma to launch a new collection of footwear, apparel and accessories for kids. The non-profit educational organization also partnered with socially conscious brands TOMS, Bombas, Out of Print and DIFF Eyewear on new lifestyle collections.

These deals are all part of Sesame’s 50th anniversary celebrations. Because of the company’s nonprofit status, COO and president of media and education Steve Youngwood told Kidscreen that Sesame’s anniversary efforts are focused on elevating the company’s mission rather than on driving revenue.