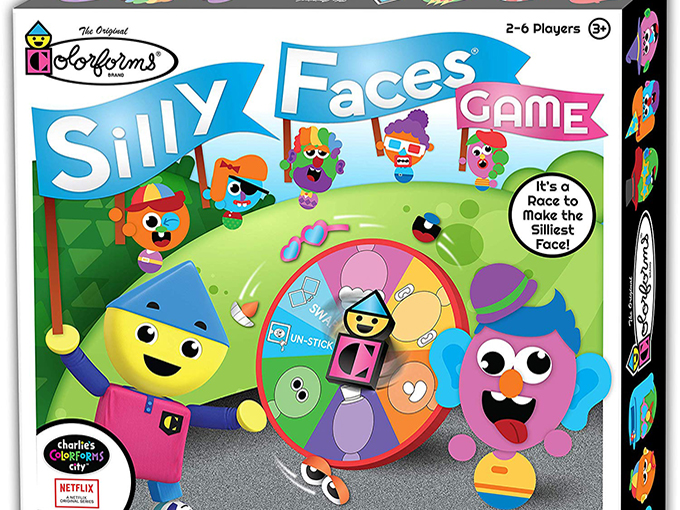 How 9 Story is expanding the Colorforms brand

The company plans to launch products inspired by the classic toy range that allow kids to customize products over and over.

Colorforms is thinking outside the box. And the triangle, and the circle, for that matter.

9 Story Media Group inherited the 68-year-old brand when it acquired Out of the Blue last year. More than a billion Colorforms sets have been sold to date, but the 9 Story team is ready to expand the range beyond its roots—a collection of colored vinyl shapes that can stick (and re-stick) to smooth backing surfaces without the need for adhesives.

When 9 Story picked up the brand, the Netflix series Charlie’s Colorforms City was already in the works. The show premiered globally on the streaming platform in March 2019, and the 9 Story team used the new series to kick off future consumer products plans.

“We’re taking a two-pronged approach,” says Kristin Lecour, the company’s VP of consumer products and distribution. “We’re working on the classic brand, which includes the more generic shape-based play and third-party efforts with properties like Daniel Tiger’s Neighborhood, PAW Patrol and Peppa Pig. We’re also slowly ramping up for licensing inspired by Charlie’s Colorforms City. Because we only have one season, we’ve spent the bulk of our time building out the classic Colorforms brand as we’ve been gauging response to the show.”

Cottage Door Press will launch two books inspired by the classic line in November, and upcoming consumer products efforts will target kids ages four to seven. Lecour says the team is in talks with several potential partners, with an eye to translating the brand’s focus on customization to new categories—like clothing and home accessories.

Rather than a tie-dye shirt, which allows kids to go through the creative process just once before reaching a final result, 9 Story wants to find a way to let children use their Colorforms products to customize their life every day, or even multiple times a day. The goal, she says, is to eventually expand into everything from t-shirts and jeans, to shoes or even sleep gear. To achieve this, the 9 Story team is looking at different “sticking” mechanisms, including Velcro, magnets and snaps.

“It’s early days in the conversations we’re having, but the goal is to give kids apparel, or bedding, as well as the tools they need to customize it each and every day, depending on how they’re feeling,” Lecour says. “Ideally, the way the brand would manifest in categories outside of toys is still a form of self-expression, of storytelling—imagine a shirt sold with a collection of shapes or characters that kids can apply to customize the piece.”

Ultimately, Lecour says, production costs will have a significant impact on which customization methods are chosen.

“We have a lot of ideas on how you could do it,” she says. “At the end of the day, it comes down to dollars and cents. It’s not a new concept, but we’re looking at stuff you could actually stick on, similar to the original toys. So we’re trying to find the right partners and the right technology that will allow the personalization to be more than a one-off.”

When 9 Story is ready to move forward with new consumer products categories, apparel, bedding, back-to-school and stationery are all safe bets, Lecour says, though the team isn’t ruling anything out.

“I think you can take the concept and blow it out across all categories. Some categories are more obvious than others, but we’re open to everything. We want to expand Colorforms far beyond the arts and crafts aisle.”