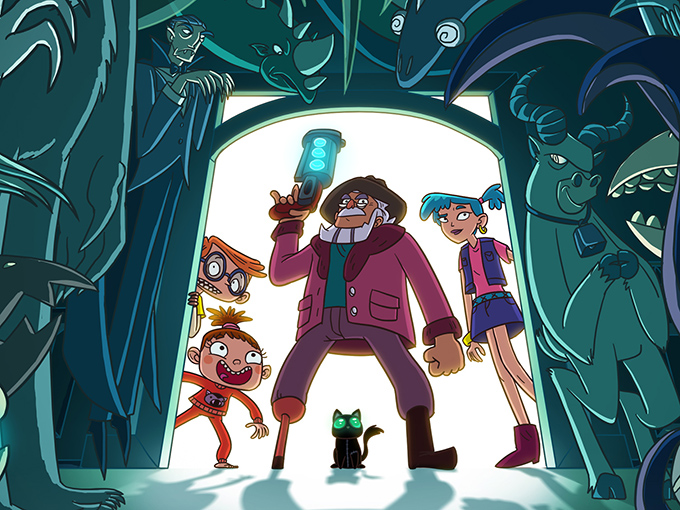 The spooky Cartoon Forum pitch from producer Zentropa Belgium and JA Film will be distributed globally by the German prodco.

The 52 x 11-minute series for six- to 11-year-olds is about three kids who are sent to live with their grandfather to help him with his monster-hunting business. But instead of trapping ghosts and werewolves, the kids want to set them free.

Monster Park is co-produced by Zentropa Belgium, which is a subsidiary of Zentropa Denmark and a member of Zentropa Group. The latter was founded by Oscar-winning Danish director Lars von Trier (Dancer in the Dark, Melancholia). The project’s CG animation is done by Zentropa’s co-producing partner JA Film (Lego Elves).

Monster Park was among a number of Cartoon Forum pitches that leaned into spooky/scary content for kids. Other projects included Piranha Bar’s Ghost Town, Prima Linea Productions’ Hotel Strange and Wolkenlenker’s Spookies. Companies from Belgium were also prominent at the annual pitchfest, which put the spotlight on the Wallonia-Brussels region of Belgium. In addition, Belgian broadcaster RTBF’s children and family channel OUFtivi won broadcaster of the year at the 2019 Cartoon Tributes and Belgian prodco Panique won the producer distinction.

For Hans Ulrich Stoef’s new shingle Toon2Tango, the deal falls in line with its strategy to develop, produce and distribute mid-budget animated shows for six to 11s. Since launching earlier this year, Toon2Tango is growing quickly. It recently struck a partnership with Italian producer/distributor Mondo TV to develop, produce and distribute up to eight animated projects, and manage the IPs’ branding and merchandising. Its first project under the deal is intergalactic CG-animated series, and Kidscreen Cool New Show pick, Agent 203.