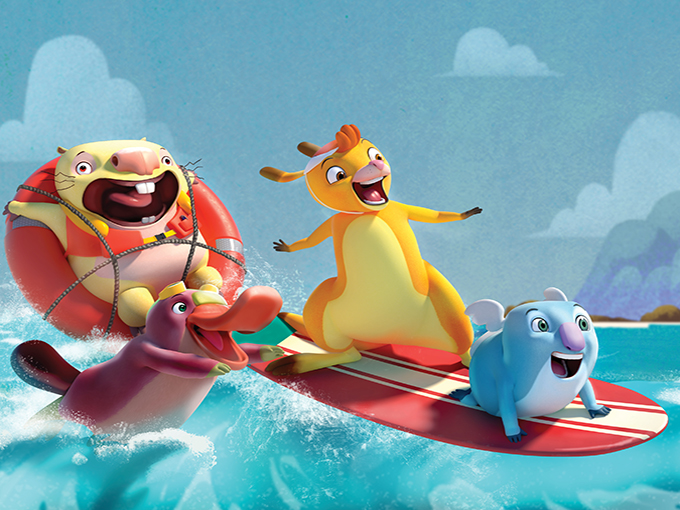 The word “authentic” is often bandied about by content creators to describe their TV projects, but unless producers have done their homework in development, writing and casting, realness and relatability don’t always translate to screen.

For Aussie children’s TV writer Tim Bain, authenticity is crucial—especially for writers on shows with lifesaving lessons. After embedding himself in a local fire station to research Fireman Sam, Bain took his experiential approach to the next level with Kangaroo Beach—ABC Australia’s new upper preschool series and Bain’s first as a show creator.

Co-developed with Sydney-based Cheeky Little Media (Kazoops), Kangaroo Beach is a 26 x 11-minute animated surf-safety series featuring a group of lifeguard cadets. Under the watchful eyes of three grown-up lifeguards, the trainees learn how to have fun and be safe in the water and on the beach.

After receiving funding from Screen Australia and getting picked up by ABC in June, the US$4.4-million series is now in pre-production at Cheeky Little, with an expected delivery date of early 2021. Kangaroo Beach will be animated by Singapore’s Infinite Frameworks and distributed globally by LA-based Sonar Entertainment (excluding China, where UYoung Media has the rights).

To ensure the authenticity of the action-comedy’s water rescue scenarios in its scripts, and provide clear and consistent safety messaging, the producers hired Bruce Hopkins and Craig Riddington as consultants. Hopkins is head lifeguard at Sydney’s world-famous Bondi Beach and stars in Network 10′s long-running series Bondi Rescue, while Riddington is one of the most successful ironman and surf life-saving champions in Australia’s history.

Aside from collaborating with Cheeky Little on each episode from script to completion, the duo held a practical workshop at a beach for the series’ entire writing and production team to kick off the project. 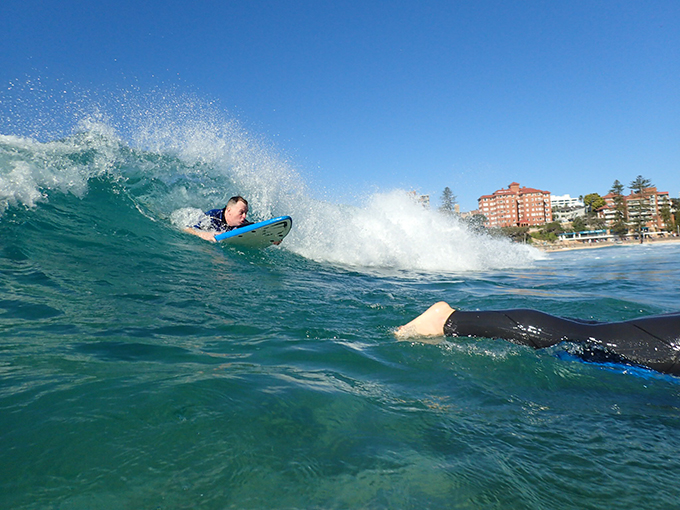 Lifeguards and surfing champions consulted on the show to lend authenticity to its water rescues.

“These sessions are usually conducted in meeting rooms with coffees and muffins, but they herded us into some rip currents to demonstrate how to spot them, how they work, and most importantly, how it feels to be in one,” says Cheeky Little co-founder and Kangaroo Beach executive producer Patrick Egerton. “It was vital experiential research for writing and directing the show because we have a number of episodes where characters get caught in rips and need to be rescued. Realizing that staying calm and floating is the best thing to do is a crucial message for kids and parents alike.”

For added authenticity, the production also hired local writers who grew up near the beach, and Bain tapped into his own childhood experiences as a junior lifesaver and surfing competitor.

Though the beach setting has huge appeal for kids worldwide, Bain says there’s been a reluctance to approach any kind of water activity in preschool series. “I think beach shows have been avoided because of the water safety issue,” he says. “Most shows don’t feature any interaction of kids and water at all, because they don’t want to show [bad] behavior that might be imitated.”

Egerton says Kangaroo Beach is the first animated preschool series that directly addresses water safety. “There’s a compelling need for a show like this to play a part in prevention because drowning is the leading cause of death in the US for kids ages one to four, and for kids ages one to 14 in China,” he says. “It’s a universal issue for kids and parents everywhere.”