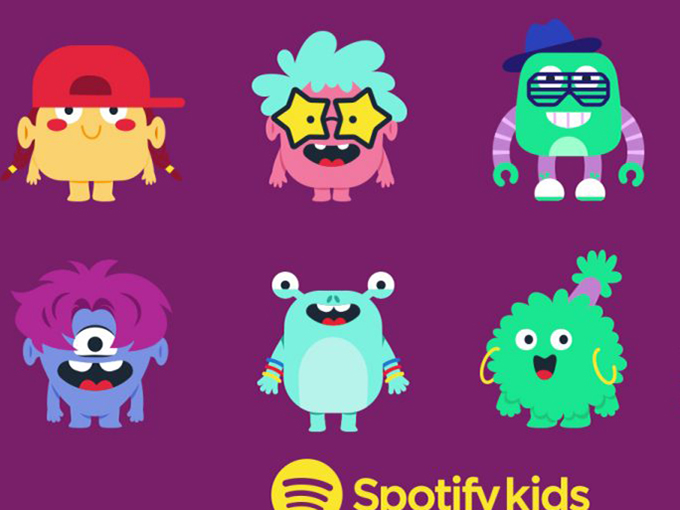 The ad-free app was released in beta in Ireland today for kids three and up, and features content curated by editors from Nickelodeon, Disney and Discovery Kids.

Listen up, kids. Audio streaming platform Spotify has launched Spotify Kids, a standalone app aimed at children three and up.

To tap into the large number of kids consuming audio content, Spotify is launching the app in beta in Ireland, with plans to roll it out to users who have a premium family subscription in the coming months. The new app is ad-free and is filled with content hand-picked by a team of editors from Nickelodeon, Disney, Discovery Kids and Universal Pictures.

Spotify Kids is now available on the App Store and Google Play for Spotify premium family subscribers (users who pay US$16.66 for six individual accounts). The new app is a composite of music playlists, sing-along-songs and stories from TV shows and kids movies. Launching the app in beta first gives the streamer an opportunity to enhance parental control features and get feedback from users before the global rollout, it said in a statement. In the future, Spotify plans to add stories, audiobooks and eventually podcasts to the app.

Spotify spent two years learning about kids audio and how kids interact with tech before launching the app, according to the company. It worked with the National Children’s Museum in Washington and conducted its own studies with parents around the world as it built the standalone product.

On Monday, Spotify released its Q3 2019 earnings and reported that its number of monthly active users had climbed to 248 million, up from 191 million in Q3 2018. The company attributed its global growth in the number of premium subscribers to its family plan subscription offer, which it updated in August, with new features like parents controls, a playlist with personalized songs targeting kids and families and a hub where account holders can manage all settings in one place.

It’s been a banner year for kids’ audio content with a number of companies turning their ears to the market. New York-based audio subscription service Pinna heard a demand in the space and has been busy producing its own originals and licensing content from the likes of The Scholastic Corporation and Gen Z Media, since its January launch. In August, Marvel New Media partnered with podcast listening service Stitcher to launch the fictional podcast series Marvels and yesterday, National Geographic unveiled a new kid-focused podcast meant to grow its latest book series.