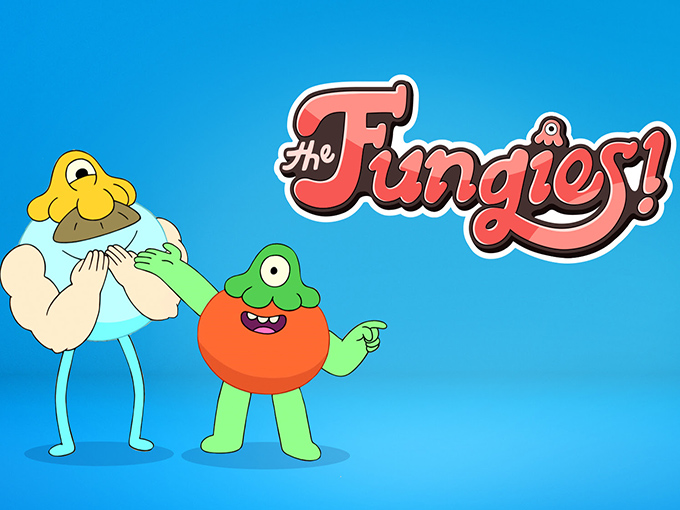 HBO Max will officially May 2020 with 10,000 hours of content, including new original series from Cartoon Network Studios and Warner Bros. Animation. Mere days ahead of the launch of competitors Apple TV+ and Disney+, last night WarnerMedia hosted journalists, investors and analysts while detailing its programming and pricing structure (US$14.99 per month).

Following the event, AT&T’s COO and CEO of WarnerMedia, John Stankey, said in a statement the company expects to spend between US$1.5 to US$2 billion on HBO Max next year on new content, operating expenses for the new technology and marketing. It’s projects to reach profitability by 2023. It will be tossing some of that buying cash toward the kids space, with new series announced including The Fungies! (pictured), Tig N’ Seek, Tooned Out, Looney Tunes Cartoons, Jellystone and DC Super Hero High.

Created by Stephen Neary (Wonder Pets, Rio) and Cartoon Network Studios, The Fungies! is a prehistoric comedy exploring Fungietown and the whimsical quests of young Seth. Also from Cartoon Network Studios is Tig N’ Seek created by artist and writer Myke Chilian and spins on eight-year-old Tiggy and his gadget-building cat, Gweeseek, who search for lost items of Wee Gee City. It was initially ordered by the linear Cartoon Network channel earlier this year.

Executive produced by Robert Zemeckis (Forrest Gump, Cast Away, Back to the Future), Tooned Out is a half-hour, hybrid live-action and animated comedy following Mac as he begins to see iconic toons in real life. The series hails from A Stern Talking To Productions and Compari Entertainment, in association with Warner Bros. Animation and Warner Bros. Television.

On the live-action front, Elizabeth Banks is executive producing half-hour comedy DC Super Hero High, which follows a group of students experiencing regular adolescence at a boarding school for gifted kids where they’re trained to become DC Super Heroes. It is produced by Brownstone Productions in association with Warner Horizon Scripted Television.

HBO Max will also be stocked with the Looney Tunes, Merrie Melodies and Hanna-Barbera classic libraries at launch. From Warner Bros. several blockbusters are making their way to the small screen, including all of the LEGO movies in the first year.

To help people navigate and find content, HBO Max will roll out a “recommended by humans” and “co-viewing” functions. “Recommended by humans” brings in several well-known faces, including actors such as Adam Devine and Regina King, and influencers such as Elle Mills to make recommendations and videos of content they love. “Co-viewing,” meanwhile, will allow families to create shared homepages in addition to their unique personal views.

For kid safety, there are going to be kids’ profiles and parental PINs built-in, as well as content hubs for recognizable brands.

The SVOD is launching in the US first, and WarnerMedia is targeting bringing in 50 million domestic subscribers, followed by 75 to 90 million subscribers by the end of 2025 across the US, LatAm and Europe. HBO Max’s LatAm launch was announced earlier this week, but Europe’s roll-out doesn’t yet have a release date.

AT&T HBO customers and HBO Now direct-billed subscribers in the US will be transitioned over to HBO Max at no additional cost. On top of that, people who subscribe to AT&T’s premium video, mobile and broadband packages will be offered new bundles in May that include HBO Max.