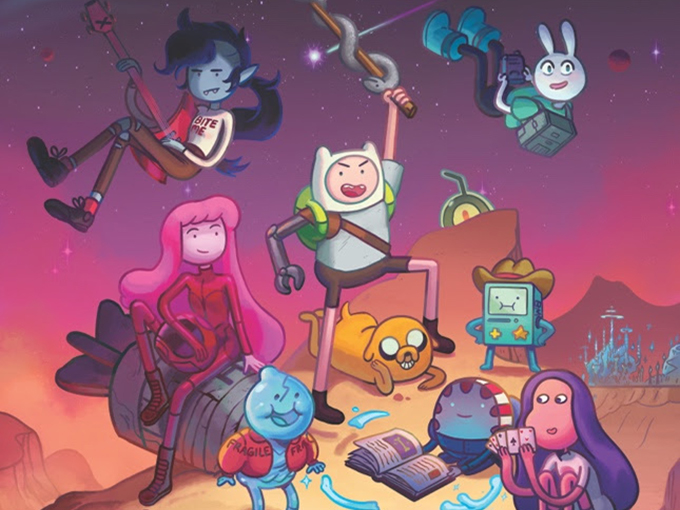 Ahead of its 2020 launch, the streamer has ordered four one-hour episodes of the popular animated series.

HBO Max has ordered four one-hour Adventure Time specials from Cartoon Network Studios, with plans to premiere the first two exclusively on the streamer in 2020. The new specials, titled Adventure Time: Distant Lands will continue the story of best friends Finn and Jake and the other inhabitants of the mystical land of Ooo.

Created by Pendleton Ward (Bravest Warriors) and executive produced by Adam Muto, the animated series premiered in 2010 and was a long-running success for Cartoon Network spanning 10 seasons before it ended in 2018. The show spawned numerous partnerships over the years, including a consumer products deal with footwear brand Dr. Martens in 2014, while in 2018 Microsoft-owned game developer Mojang collaborated with the kidsnet to produce an episode of the show in the building-block aesthetic of Mojang’s Minecraft. Cartoon Network has continued to lean on the series’ popularity and included the IP in its new Cartoon Network Arcade app, launched in March.

The popularity of the global franchise—which has earned millions of fans over the years—motivated HBO Max to continue its run with the new specials, says HBO Max’s EVP of original non-fiction and kids, Jennifer O’Connell, in a statement to Kidscreen.

In advance of its 2020 launch, WarnerMedia has been steadily building up the SVOD’s catalogue with popular kids and family IPs, this year. Last week the streamer picked up the entire film collection from Oscar-winning Japanese animation prodco Studio Ghibli (Spirited Away, Princess Mononoke), with all 21 films launching exclusively on HBO Max in spring 2020. WarnerMedia’s SVOD has also signed a deal with Sesame Workshop earlier this month to premiere new seasons of Sesame Street in 2020. Building up its own original content, the SVOD has greenlit non-fiction competition series Karma and Craftopia as well as Warner Bros. Animation’s 40 x 15-minute animated kids series about a young Ellen DeGeneres, titled Little Ellen.