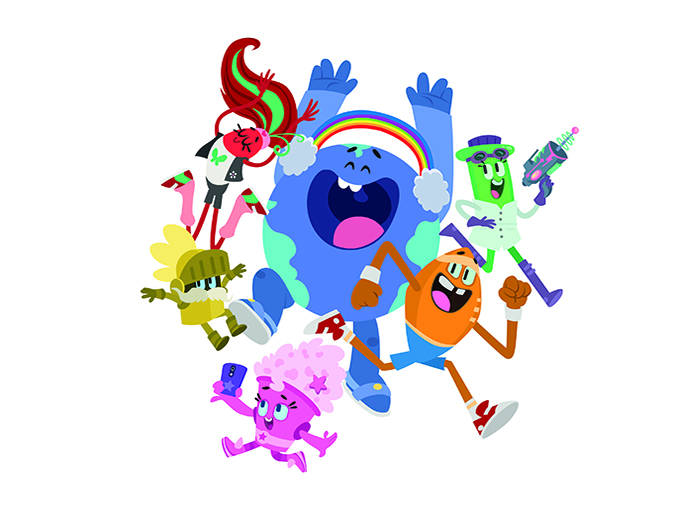 Tapping into the trivia trend

The company’s 2D project, Triviatopia, is a 20 x two-minute edutainment series for six-to-10s and families featuring Trivia Crack‘s popular animated characters. It bowed on YouTube and YouTube Kids on September 12 in English, Spanish and Portuguese.

Similar to Trivial Pursuit’s iconic board game design, each hero in the show represents one of the apps’ six knowledge categories—arts and creativity, history, science, entertainment, geography and sports.

At the start of each episode, a question sets the wheels in motion for a learning-filled, time-traveling adventure. But where the Trivia Crack apps pose questions with specific answers—like “Which is Bonnie’s favorite new toy in Toy Story?”—the series presents more open-ended queries such as “Can we live on other planets?” to deepen the narrative, provide character backstory and encourage children to ask more questions about real-life issues, says CEO Maximo Cavazzani.

The bulk of Trivia Crack’s questions are user-generated—a big reason for its lasting appeal—and can be rated as either fun or boring. For the series, Etermax created the concept in-house from a combination of data on the apps’ most popular questions. and new ones deemed relevant to kids, like “How can we save the oceans?” The company then hired a team of Argentinian writers to develop scripts and local prodco Mundoloco (Underdogs) to animate the series.

As Triviatopia is the developer’s first stab at an animated show, Cavazzani says it took inspiration from other game adaptations for YouTube.

“We looked at Angry Birds and Supercell’s Clash of Clans series Clash-a-Rama, but we didn’t really style our series around them—Clash-a-Rama is for grown-ups and Angry Birds skews a bit older in the all-ages demo,” says Cavazzani.

Once the company evaluates the reception of Triviatopia, it will explore other areas of growth including global licensing (plush, collectible toys, apparel), linear and SVOD distribution, as well as placing the series within its apps for added value.

The company’s move into trivia-based kids and family TV content is timely considering recent renewals at kidsnets like Disney (Disney QUIZney) and Nick (Double Dare) serve as evidence of their commitment to the sub-genre.