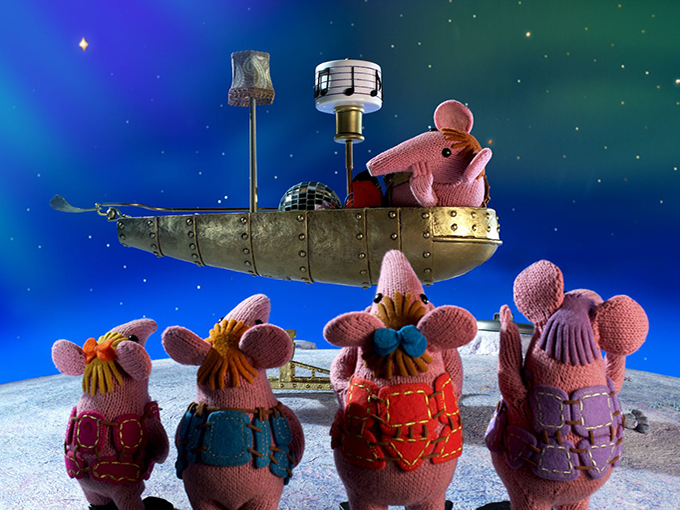 London-based media rights company Coolabi Group has partnered with Chinese animation studio Fantawild to send its preschool show Clangers to China. Under the agreement, Fantawild will dub the stop-motion series and develop new merchandise to sell in the region.

Multiple Chinese companies wanted to bring the series into the market after the Shanghai TV Festival nominated and screened Clangers in 2016 but the company chose Fantawild to lead the push, says Coolabi’s CEO Jeremy Banks.

“Fantawild stood out because it had an understanding of the series and a vision for how it could build out the show’s musical elements into new content,” he says.

Banks declined to go into more specific detail about what Fantawild will do with the property in China, except to say that the prodco plans to build new products around the show’s toyetic and musical aspects, like a musical boat (pictured) that characters sail on. Fantawild took the property to the China Toy Expo last week to introduce it to toymakers and audiences, and the companies have set up a checklist for what the studio will work to achieve in the region. Broadcast and CP launch dates haven’t been scheduled yet.

Originally broadcast in the UK on BBC One from 1969 to 1972, Clangers is about a family of mouse-like creatures that live in outer space. The series was rebooted in 2015 with 52 x 11-minute episodes, which premiered on CBeebies. CBeebies then renewed it for a second and third season of 26 x 11-minute episodes each in 2017 and 2018. WildBrain Spark (formerly DHX’s WildBrain) partnered with Coolabi to produce 10 original episodes for YouTube.

Beyond Clangers, Coolabi plans to continue growing in China in an effort to take advantage of the demand for original content among Chinese prodcos, says Banks. The media rights company is also writing a new book series for kids five- to 13-years-old, and partnering with Chinese studios to develop an animated series that is not Clangers-related and will launch in China first. Banks declined to provide any specifics on the new IP or when the content is launching, but said that Coolabi will eventually distribute the new book and series worldwide.

This isn’t Coolabi’s first push into the country, as the entertainment company has already built up a presence in China through its publishing efforts and sold more than three million copies books from its cat-focused Warriors series in the region alone. The company’s TV, digital and book production arm Working Partners leveraged this popularity to sell the Warriors film rights to China’s Alibaba Pictures Group in 2016.