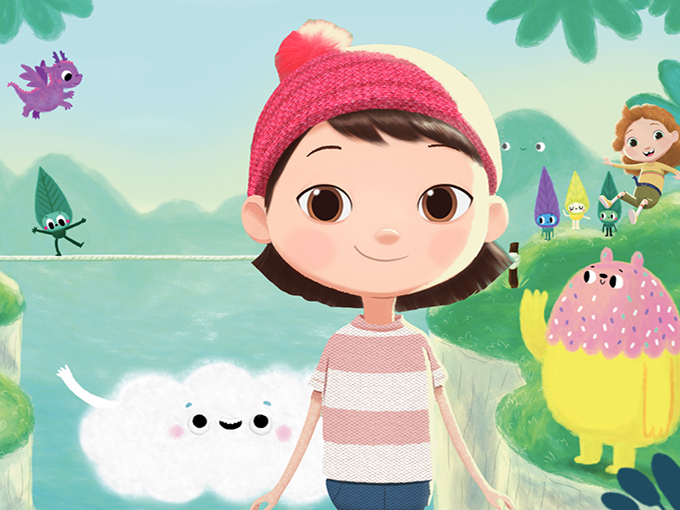 Mia's Magic Playground will launch early next year to grow the brand and help the broadcaster kick off an originals push, says Andy Yeatman.

The spinoff features the lead character from the Little Baby Bum brand—which has more than 47 million subscribers and 30 billion views on YouTube— and is developed by the same creative team. The new  24 x seven-minute episodes for kids ages four to six will see Mia and her friends explore an imaginary world while learning lessons about real life. Danish prodco Copenhagen Bombay is handling animation for the spinoff, which will air on NENT Group’s SVOD service Viaplay in early 2020.

“Little Baby Bum is very popular in the Nordic region and Viaplay was interested in having an extension of the IP but they wanted something that was exclusive,” says Moonbug’s head of the America’s Andy Yeatman. “They are pushing into originals so this was a good step in the kids space for them.”

Moonbug has done spinoffs of the brand before, including Go Buster (based around the bus character from Little Baby Bum), but that premiered on YouTube first before heading to Netflix a few weeks ago, according to Yeatman.

Moonbug has been steadily building its portfolio this year by acquiring new IPs like Supa Strikas in August, and closing distribution agreements for existing properties like Morphle, The Sharksons and Gecko’s Garage, last month. Creating this new brand with Viaplay is the best way for the company to continue its growth, says Moonbug’s (recently hired) head of EMEA, Nicolas Eglau.

“It’s a good way to work with premium platforms,” says Eglau. “We bring something new and we trade value for their platform.”

Yeatman could not specify how long the new series will be exclusively available on Viaplay, but said that the team is planning on waiting to see how the show does before developing a global consumer products program.