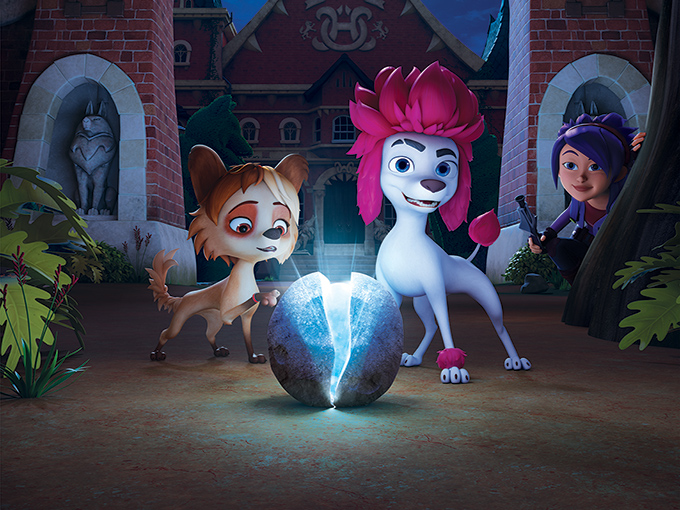 MIPJunior is really going to the dogs, with German prodco Studio 100′s 100% Wolf—Legend of the Moonstone (pictured) coming out on top as the most-screened program at the event in Cannes. It was a big weekend for animation, as all of the top 20 shows were animated and only two live-action programs even cracked the top 30 (Australian ABC Commercial’s Itch and Viacom International Studios’ Are You Afraid of the Dark?).

The 26 x 22-minute animated show 100% Wolf is co-produced with Australia’s Flying Bark Productions (which is Studio 100′s subsidiary run by Barbara Stephen) and has already been commissioned by ABC Australia and Germany’s SuperRTL. Aimed at six to 10s, the comedy-adventure series is about Freddy, an heir to a proud family of werewolves who just happens to actually be a poodle.

MIPJunior also releases a list of the top 10 most viewed projects, which are series in the early stage of production and not necessarily finished. The top five projects in the category were: DQ Entertainment’s Scrambled, Sixteen South’s ODO, Creative Conspiracy’s Otto’s Tall Tales, Aardman Animations’ Pop Paper City and Wil Film’s Hugo & Holger. The latter project was pitched earlier this year at Cartoon Forum and was one of Kidscreen’s top picks.