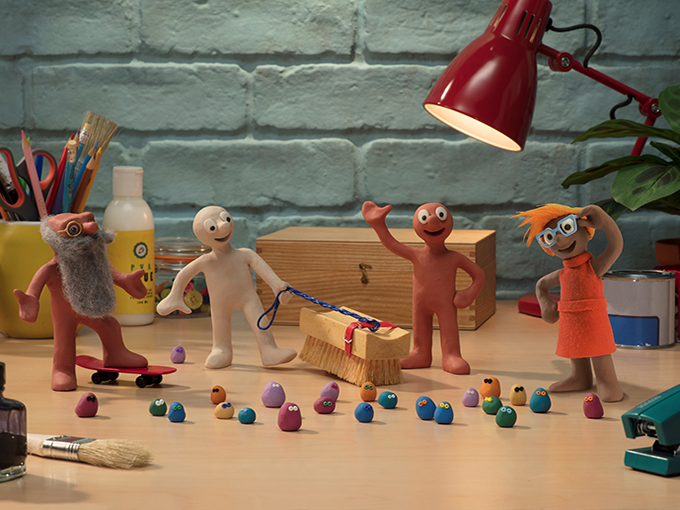 All that you missed this weekend at MIPJunior and MIPCOM, including co-pro deals, Morph's reboot on Sky Kids, and a host of new digitals for Hulu.

Milan-based prodco Atlantyca Entertainment partnered with Australia’s SLR Productions, Ireland’s Telegael and India’s Cosmos-Maya to produce 52 x 11-minute animated series Berry Bees. The new action series about 10-year-old girls who work together as spies to save the world premiered October 6 in Australia on NINE Networks 9GO channel and will launch on Italian network Rai at Christmas. Atlantyca is distributing the show worldwide, except in select territories where partners Cosmos-Maya (Asia) SLR (Australia and New Zealand) and Telegael (Ireland and UK) will handle it.

Audio-visual specialist All The Kids Entertainment from Madrid and digital media company El Cañonazo Transmedia have signed a development and production deal to create several projects together. First up, the studios are producing the 13 x 30-minute comedy Time to Face with Onza Produccione, about how social networks affect the lives of kids. No other details have been announced at this time.

Animation studio Flying Ship out of Tokyo has teamed up with LA-based post-production company Verité Entertainment to produce animated comedy series Captain BAL. An 11-minute pilot and second episode of the series are completed although the companies have not announced how many episodes the series will have in total. The 3D/CG-animated comedy targets five- to nine-year-olds and explores the life of a poor boy who sets out to become a pirate.

France’s APC Kids has signed the first broadcast deals for Russian prodco Riki Group‘s animated preschool series Dinocity. DeA Kids (Italy) picked up the exclusive pay-TV rights in its region and YLE (Finland) will air the show on its channel. The french distributor co-invested in the international version of the series and has exclusive distribution rights in all territories, excluding Russia and China. Produced in partnership with LA-based Animax studio, the 52 x five-minute series looks at the everyday lives of a family of dinosaurs and the unexpected adventures they go on.

Aardman is also rebooting its slapstick comedy show Morph with new 15 x five-minute episodes premiering spring 2020 on British kidsnet Sky Kids. In the new stop-motion and claymation series titled The Epic Adventures of Morph (pictured), the clay-made character Morph and his sidekick Chas reunite with their old friends to go on adventures. Morph is a legacy brand that Aardman launched in 1977 and the studio has created a number of series inspired by the property, including two other shows that premiered on Sky Kids in 2016 and 2018.