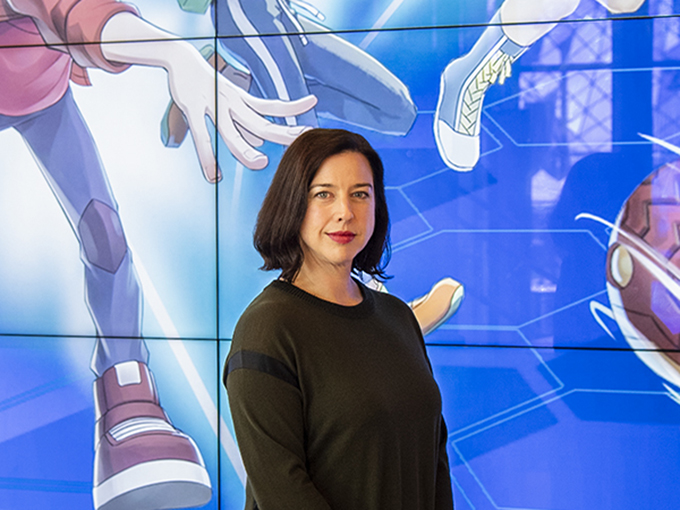 Spin Master is looking for a long-term commitment. The Toronto-based toy and entertainment company opened the doors to its first-ever in-house entertainment studio this summer, and now the space is being used to attract and retain talent in the hopes that creators brought on board for one property will move into development on another show with the company.

The new studio breaks down departmental silos, creating a shared space for Spin Master’s creative content and entertainment teams. By putting these teams in the same space, they can share resources, assets and expertise, as well as get a sneak peek at new properties in development that they might want to work on.

In fact, a director who led the first two seasons of one of Spin Master’s major series recently transitioned into development and is working on multiple properties in the new space, as well as developing his own brands. Another director is transitioning off of a current show to begin development on a new pilot.

“It’s important for us to allow them to stretch their creative muscles and have an opportunity to bring their own visions to life,” says Jennifer Dodge, EVP of Spin Master Entertainment. “The hope is that one of those development properties will be the seed that grows into our next hit show, with them at the helm.”

The 24,000-square-foot space is located in downtown Toronto and features editing suites (both online and offline) designed for the creation of sizzle reels, commercials for both linear and digital platforms, short-form content and animation production. A “digital den,” meanwhile, provides creators with real-time analytics for Spin Master’s properties as well as competitor brands.

“For the first time ever, we have our entertainment team—which is comprised of development, production and the animation directors for popular programs like PAW Patrol and Bakugan—sitting alongside our in-house creative agency that is responsible for toy creative and digital content creation,” Dodge says. “This allows for greater collaboration, including brand messaging and design across our entertainment series, toy commercials and digital content for YouTube and social media.”

The team is connecting with new creators through trade shows and industry events both locally and globally, and writers, artists and producers will soon be able to contact Spin Master through a submission portal on the company’s website.

Spin Master is focused on developing properties, with an emphasis on entertainment brands that appeal to ages two to 11. Dodge says the team is open to both live-action and animated properties, and interested in everything from comedies to action-adventure shows or musicals.