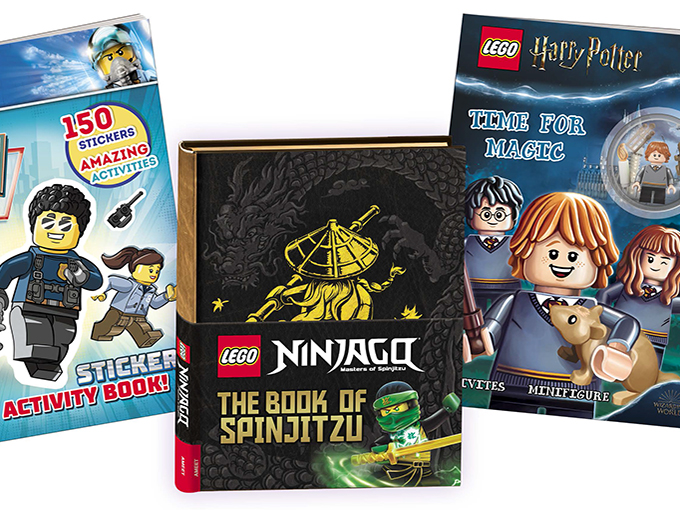 The toymaker has gone as far as it can with licensed publishing, says director Robin Pearson. So it will launch new titles under LEGO Books starting in 2021.

The Danish brickmaker sells around 17 to 18 million magazines a year across Europe, China and Mexico, with yearly book sales averaging around the same. LEGO’s publishing director Robin Pearson wants to continue that growth across the company’s offering while taking greater advantage of the lucrative publishing market.

“We’ve grown around seven-fold over the last ten years and the licensing model has gotten us to a certain stage but to get to the next stage we need to take a more active role in the content that we’re publishing,” says Pearson.

From 2021, Ameet will establish partnerships with retailers in all publishing categories worldwide on LEGO’s behalf. The new titles will live alongside the toymaker’s existing publishing partners (pictured), including Disney Press, Blue Ocean, Egmont, Scholastic and Universum.

LEGO Books plans to start its new imprint with print books, followed by digital and audio experiences at a later date.

“There’s a natural fit between reading, playing and building,” says Pearson. “In the digital age we’re very keen to give kids an alternative to screens.”

In other LEGO news, the toymaker is actively growing across digital by partnering with London-based game developer Touch Press on the new preschool app LEGO Duplo World. Launched yesterday on the App Store and Google Play for free, the app features interactive activities and games where kids use 3D LEGO Duplo bricks (bricks that are bigger and easier for kids to handle) to develop skills around math, spatial awareness and memory. Made for two- to five-year-olds, the new app has additional content available for purchase and features a section for parents where they can see the learning benefits of the different games.