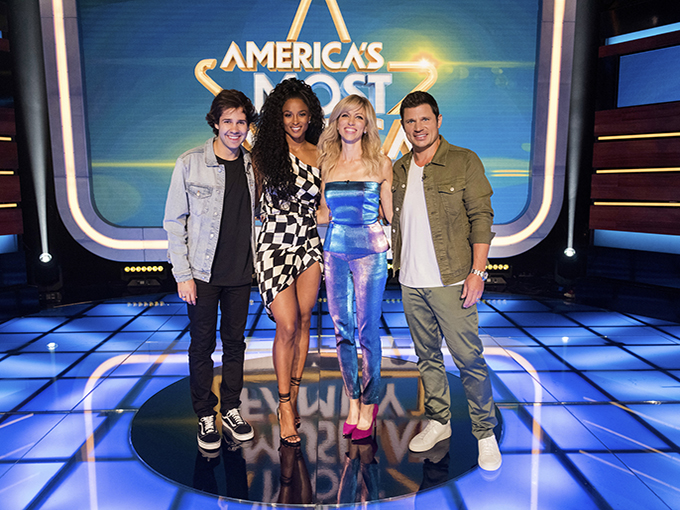 Looking to tap into co-viewing opportunities on traditional TV and streaming, the kidcos are stacking their slates with family-friendly unscripted content.

Nick and Disney, in particular, remain invested in what they do best—animated comedies and live-action sitcoms and movies. But as of late, both kidsnets are also diversifying into original unscripted content.

The genre, which includes reality TV, competition, game show and documentary formats, has been a bright spot for television over the last decade, while other categories have diminished. According to Nielsen, between 2011 and 2018 the combined viewing share of syndicated TV series, movies and kids programming fell to 36%, from 52%, among viewers ages two and up. Unscripted content, however, rose to 32% last year (from 24% in 2011).

Kids have played a big role in the success of the genre because they latch onto the same primetime shows their parents watch. Now, nearly every successful reality competition TV format for the coveted 18-to-49 demographic has a pint-sized version for children. Shows like Fox’s MasterChef Junior, Food Network’s Kids Baking Championship and ITV’s The Voice Kids have all spawned multiple seasons since launching and are bolstering the overall presence of the brands.

While Nickelodeon had success with unscripted content in the past with ’80s and ’90s competition game shows like Double Dare and Legends of the Hidden Temple (both of which have been revived), its strategy shifted away from non-fiction as animation became more popular worldwide, says Rob Bagshaw, EVP of unscripted content.

But when Brian Robbins took over as president at the end of 2018, he saw the wave of young viewers tuning in to popular unscripted formats for wide audiences and wanted to renew Nick’s investment in the genre, Bagshaw says.

To fully optimize its non-fiction ambitions with cost-efficient reboots that can be made quickly—as well as original content featuring more tweens and diverse families—Nick launched its first official unscripted division in January under the leadership of Bagshaw. A former Bunim/Murray Productions exec, Bagshaw heads up the development and production of unscripted content across all Nick formats and platforms—including reality competition shows and marquee live events like the Kids’ Choice and Sports Awards. He previously worked on unscripted hits including RuPaul’s Drag Race, Top Chef Masters and Jim Henson’s Creature Shop Challenge.

In June, the burgeoning division hired another Bunim/Murray alum, Paul Medford. As VP of current series, Medford is in charge of Nick’s current slate of live-action unscripted shows, including America’s Most Musical Family, The Substitute and Are You Smarter Than a 5th Grader. Rounding out the development team is VP of live-action development Mandel Ilagan, and senior director of development Stacey Carr, who recently joined from Endemol Shine. Bagshaw says additional staff will be hired as more shows are greenlit. The unit’s slate consists of about a dozen greenlit, pre-production or production projects.

For its adaptation of Fox hit Are You Smarter Than a 5th Grader, Bagshaw says it was important to appeal to the widest audience possible, which led to the casting of WWE star John Cena as the show’s host.

“John Cena has huge co-viewing potential,” says Bagshaw. “But to make the show appropriate for Nick, we show him in a new light as a comedian, and pivoted the format to focus on the fifth graders, rather than the adult contestants.” 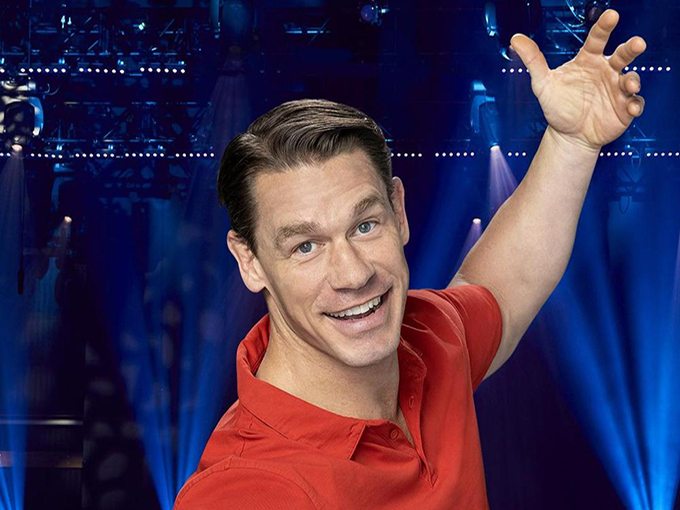 The new Are You Smarter Than A Fifth Grader focuses on the kids.

So far, the strategy is paying off. The revival’s June 10 premiere delivered double-digit increases in viewership with kids (21%) and adults (34%) over the prior four-week time slot averages, according to Nielsen.

As new shows roll out, the division is taking internal and external pitches for concepts that could live on any platform, and is seeking new production partners to collaborate with.

“In researching what our audience is watching and what they want to see, there are three key areas that resonate with our demo: comedy, music and competition,” says Bagshaw.

Nick is also looking for opportunities to develop more factual-driven, long-form stories—including, potentially, hour-long content for YouTube or other digital platforms—but Bagshaw says more development time is required to find the right projects. It also plans to develop factual linear content for 2020 similar to one of the kidsnet’s longest-running series, Nick News, which aired from 1992 to 2015—though no timeline for delivery has been set yet.

“Nick News allowed for serious conversations about pop culture or newsworthy moments. Our audience today is smarter and more aware than ever—we would be doing them a disservice if we didn’t provide opportunities to have those conversations,” says Bagshaw.

Disney, meanwhile, recently named former Marvel, ABC and ESPN Films exec Dan Silver as VP of original unscripted content for Disney+ in the lead up to the SVOD’s November 12 launch.

For its real-world stories, the House of Mouse is looking for inspirational, aspirational, heroic, grounded and feel-good narratives that embody not only Disney, but also its sub-brands, including Pixar, Marvel, Lucasfilm and Nat Geo.

As for Disney’s take on formatted competition series, Silver says there is value in them and the sub-genre is healthy, but the company is mindful about how they are produced.

“Sometimes competition can be leveraged for what I would call ‘fabricated drama,’” says Silver. “In non-fiction programming, there’s a tendency to have the issue lead [the plot], and then the narrative and the characters inform the issue. For us, the people we follow lead [the story], and if there are issues that are contained within the narratives, they inform the character. If you know the people, you’re going to care about whatever they’re going through.”

Some Disney+ unscripted shows are also taking a slightly more niche-driven approach to how they target their audiences.
For example, Encore is made for adults because it brings together former castmates of a high school musical and tasks them with recreating their original performance during a reunion. The series will be available for the November 12 launch and is executive produced by Frozen actress Kristen Bell.

“Encore is a proper adult show. But it’s about adults going back to high school. If you’re nine, 15 or 18 and love theater, you’re going to watch the show, too,” says Silver.

According to children’s media consultant Rick Clodfelter, kids want genuine, heartfelt, diverse and relatable content that entertains, which is why many unscripted series and formats for all ages are resonating across platforms. In short, they want to see real people.

“There is unfortunately a lot of turmoil in the world, so inclusive unscripted content is more important than ever,” he says.
The co-viewing opportunity is also going to be a big driver for the genre. According to media and consumer analyst GfK MRI, co-viewing is on the rise, and opportunities exist for both streaming and linear platforms. Its latest research found that 49% of US adults say they are co-viewing more now than they did three years ago, and parents are more likely to be watching with their kids. 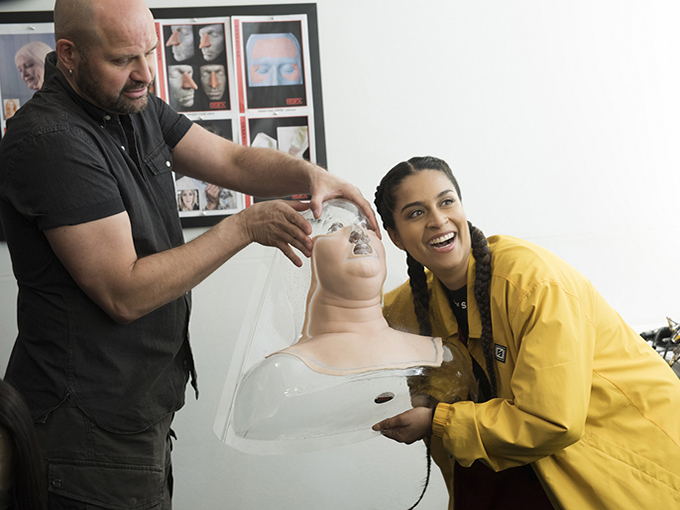 As for the type of content adults watch with their children, kids television was the number-one response for co-viewing ahead of movies.

And as more young parents shift to streaming services (the report found that 72% of 18- to 34-year-olds used SVODs as their co-viewing medium of choice), streamers are rushing to fill their video consumption needs at a much quicker pace.

Clodfelter notes that family-friendly, live-action unscripted shows are quicker to make compared to animation. “The turnaround is faster, and they tend to be a little more cost-efficient, so there’s a big financial benefit as well,” he says.
Looking forward, Clodfelter sees bigger unscripted opportunities in the preschool space, pointing to the success of Nickelodeon series Ryan’s Mystery Playdate.

The April premiere drew 5.5 million viewers and was tops among kids ages two to 11 in its 12:30 p.m. time slot across all TV, according to Nickelodeon.

“YouTube caters to what kids want to see in the moment, but how do you take what’s precious about that short-form content and flip it into an 11-minute show?” asks Clodfelter.

“Ryan’s Mystery Playdate manages to honor the original, and extend it to a very different long-form series.”
But even with the demand for more content and influencer opportunities in the unscripted and scripted space, challenges remain—especially for traditional TV channels that target the whole family.

For example, Nielsen reported Universal Kids and Discovery Family saw respective ratings declines of 73% and 46% in 2018. In June, NBCU-owned Universal Kids halted production on originals altogether. It’s not known if any of the net’s previously commissioned unscripted shows, including Top Chef Junior and American Ninja Warrior Junior, will have the option of new seasons after they air as scheduled.

These concerns aren’t enough to deter the growing non-fiction movement, however.

At Nickelodeon, Bagshaw sees the expansion into unscripted shows that kids and families can enjoy together as a big plus for the long-term sustainability of the network.

“One of the reasons we’re focused on co-viewing is so we can keep our audience,” he says. “If our unscripted division has the same success that Nickelodeon has had with its big animation titles, then our audience will stay with us for a long time.”