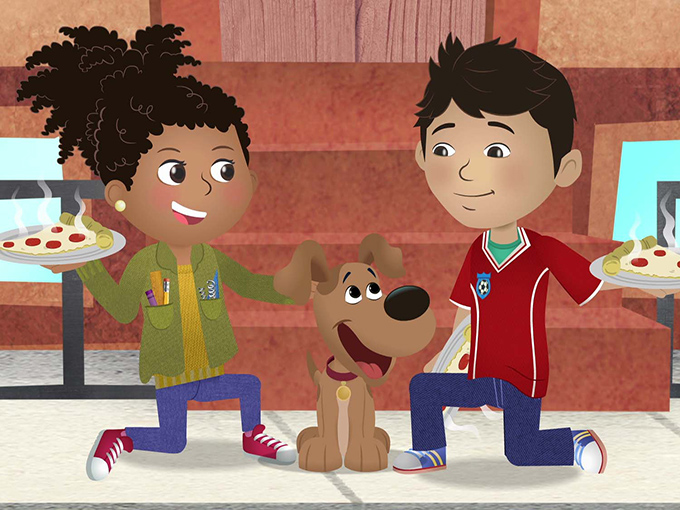 Portfolio sends its catalogue around the globe

The Canadian distributor closed new deals for several shows in its catalogue, including Do You Know?, Addison and Freaktown.

Toronto-based distributor Portfolio Entertainment has sold several of the kids series it produces and distributes into the US, Europe, South Africa and South Korea.

Kids VOD platform Azoomee has picked up all three seasons of Do You Know? (75 x 15 minutes) for the US, South Africa, the Netherlands and Sweden. The third season of the live-action education series, fronted by YouTube’s Maddie Moate and produced by WonderTV for CBeebies, was also picked up by NOGA (Israel), and TVB (Hong Kong and Macau). TVB also picked up the third season of The Cat in the Hat Knows A Lot About That! (20 x 22 minutes), produced by Portfolio Entertainment, in association with PBS Kids.

The 50 x 11-minute Addison (pictured) was picked up by Azoomee for the US, UK, South Africa, the Netherlands and Sweden, and EBS (South Korea). The animated preschool series follows a young detective and aspiring inventor. It is produced by Six Eleven Media for Canadian pubcaster CBC.

Cyberchase‘s 10th, 11th and 12th seasons were picked up by CJ E&M (South Korea). The animated series follows kids who use STEM to stop an evil computer virus from taking over their digital world.

Cyberchase, Do You Know?, Freaktown, PBS Kids, portfolio, The Cat in the Hat Knows A Lot About That!