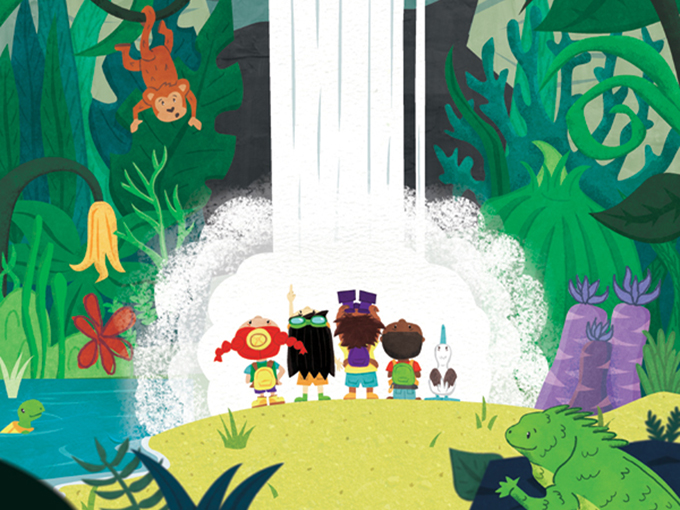 The prodco is getting into virtual reality through a partnership with Google Expeditions to expand its Galapagos X series beyond the TV screen.

Vancouver, Canada-based Big Bad Boo Studios is getting real with its plans to take kids around the world through virtual reality. To expand its content with the on-trend tech, the prodco has joined forces with Google Expeditions to create VR companion experiences for its upcoming 2D-animated series Galapagos X.

It’s the first animated VR project on the Expeditions platform. The partnership will allow kids to explore the Galapagos Islands in 2D animation, and features characters from the new show. Big Bad Boo received money from Canadian government program Creative BC to create a digital storybook and VR experience with Google.

The prodco is now finalizing further funding to produce two x 11-minute animated episodes for the app, with the goal of getting a broadcaster tied to the long-form animated series in the next six months. To give kids another way to engage with the property, the ultimate goal is to secure enough funding to make 52 VR experiences of varying lengths, says co-founder and president Shabnam Rezaei.

STEM-focused Galapagos X follows four kids ready to investigate the eponymous islands and protect the region’s wildlife. The 52 x 11-minute project is in development, and its bible and art are being redesigned and aged up to focus on a climate change curriculum for six- to 11-year-olds. The company will then start on scripts, says Rezaei.

Using Google Cardboard and the Expeditions app, students can go on educational live-action AR- and VR-driven experiences and virtual field trips to different landmarks around the world or even to different points in history. To date, more than three million students have used the free app, which has been downloaded more than 10 million times on Android and iOS, according to Google. The app’s live-action content comes from partners including National Geographic, the American Museum of Natural History and the Guggenheim Museum of Art.

Rezaei sees an opportunity to supplement Big Bad Boo’s future series with the tech and add immersion and excitement to educational projects.

“I don’t want to do VR just for the sake of it,” says Rezaei. “It’s been a buzzword recently, but I’m interested in using tech that sets us apart in a creative way to reach kids. With Expeditions, not only am I reaching them, I’m reaching them at their level through animated environments, which they enjoy more than the real world. And if a character from Galapagos X is in this world with them, then it makes the experience very exciting and very elevated.”