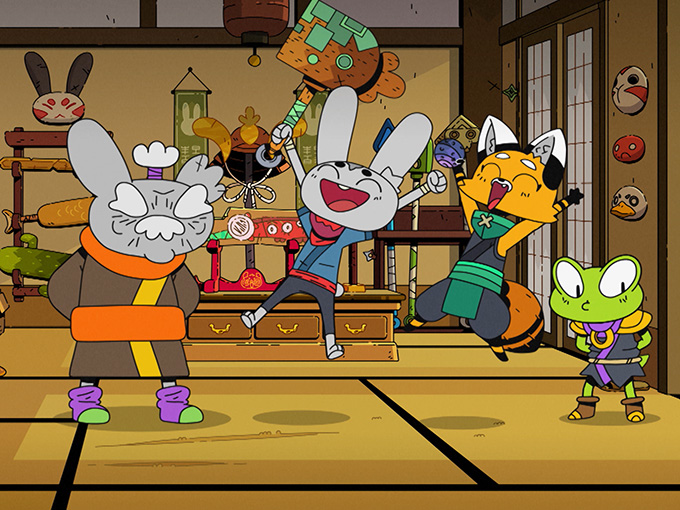 Produced by Birdo and Pocket Trap, Ninjin marks Cartoon Network's first original series based on a video game for the region.

The 22-episode action-comedy series, which premiered on September 4, is based on Ninjin: Clash of Carrots, a popular 2018 console game for Xbox One, Nintendo Switch, PS4 and PCs from São Paulo-based indie Pocket Trap.

Positioned as a prequel to the game, and inspired by feudal Japan, Ninjin‘s titular hero is a young carrot farmer who comes from a long line of rabbit ninja warriors. On his journey to become a martial arts master, Ninjin is joined by his friends Akai the fox and Flink the frog. Brazilian writer Roger Keesse (Gigablaster) is the show’s head screenwriter.

Ninjin will be available across CN LatAm’s linear and digital platforms. It joins other local original programs on the network including Another Week on Cartoon, Toontubers and Monica’s Gang.

The series arrives on the heels of new video game adaptations from Netflix and Amazon. The former is working with L&M company King Features Syndicate on an animated series based on Studio MDHR’s Cuphead, while its streaming competitor recently premiered Costume Quest, a toon inspired by Double Fine Productions’ same-name game IP.