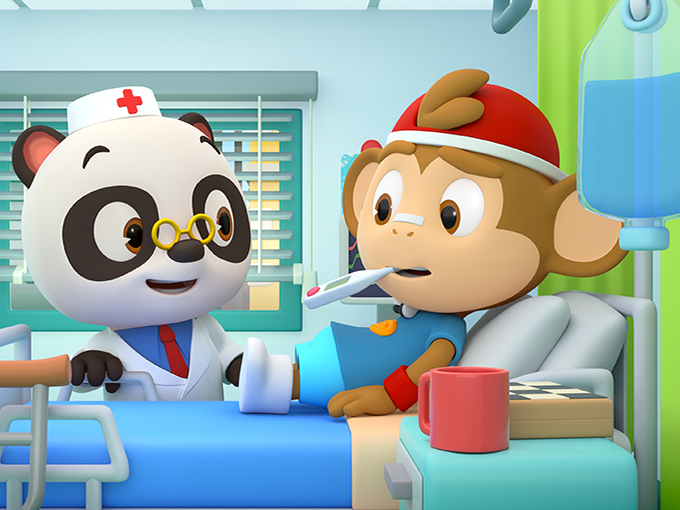 Comcast brings 300 short docs to the US, international broadcasters pick up Dr. Panda, Ketchup TV gets new shows, and Shane the Chef whips up a cookbook.

Swedish prodco Miniteve has teamed up with Comcast’s Xfinity X1 and Xfinity Flex to launch its catalogue of short-form documentaries in the US for the first time.

Miniteve’s catalogue features 300 short documentaries about animals, vehicles and playtime, ranging from 30 seconds to seven minutes, aimed at a preschool and co-viewing audience. The doc producer launched in 2011, and has been vying for a greater international presence over the past few years. Last year, it sold the videos to Italian telecommunications company Vodafone TV and expanded into China through a partnership with Chinese conglom iQIYI, before going on to earn more than 200 million views across the country. Most, recently, the prodco sent its catalogue of 300 mini-docs to Alibaba’s SVOD service Youku earlier this year.

9 Story first acquired worldwide distribution rights for the show (excluding China, Hong Kong, Macau, Taiwan and select rights in MENA) last year. Based on an eponymous app from Chinese developer Dr. Panda, the game has been downloaded more than 120 million times and has five million active years per month, according to 9 Story.

Developed for children ages three to six, Dr. Panda is created and produced by Lin Yan with Malaysian animation studio Giggle Garage (Kazoops), British prodco Spider Eye (Thomas & Friends). The series is written by Daan Velsink (Panic!) and Chris Parker (Peppa Pig) and directed by Patrick Chin and Wip Vernooij (Moshi Monsters, Wellie Wishers). It tracks Dr. Panda as he tries out new jobs every episode and work together with his friends.

Moonbug has partnered with OTT channel provider Video on Demand 365. The London entertainment company will send its series, Gecko’s Garage, Morphle and Go Buster to Video on Demand’s AVOD channel Ketchup TV. These shows join Moonbug’s Little Baby Bum, which has been airing on the AVOD channel since 2016.

In other Moonbug news, the prodco sent its series Morphle, The Sharksons, Gecko’s Garage, Go Buster and Playtime with Twinkle to kid-focused VOD service Kidoodle.TV. The prodco also recently added soccer-themed comic and animated series Supa Strikas to its portfolio, with plans to produce new episodes of the IP for 2020. This followed news last month that it expanded its reach further through a partnership with The Roku Channel to get its content on the OTT platform’s new kids and family section.

London-based distributor Hoho Rights, the commercial arm of Hoho Entertainment, has partnered with Candy Jar Books to publish the first Shane the Chef cookbook. Shane the Chef: Let’s Get Cooking! contains 20 recipes for kids that are inspired by Hoho and Welsh prodco Cloth Cat Animation’s CG-animated series Shane the Chef (52 x 11-minutes). Launching on November 6, the book includes easy-to-follow recipes taken from the meals made in the series.

Commissioned by UK preschool block Channel 5 Milkshake!, the series launched in 2018 and follows the healthy food-and-cooking-focused adventures of Shane and his young daughter Izzy in the seaside town of Munchington.