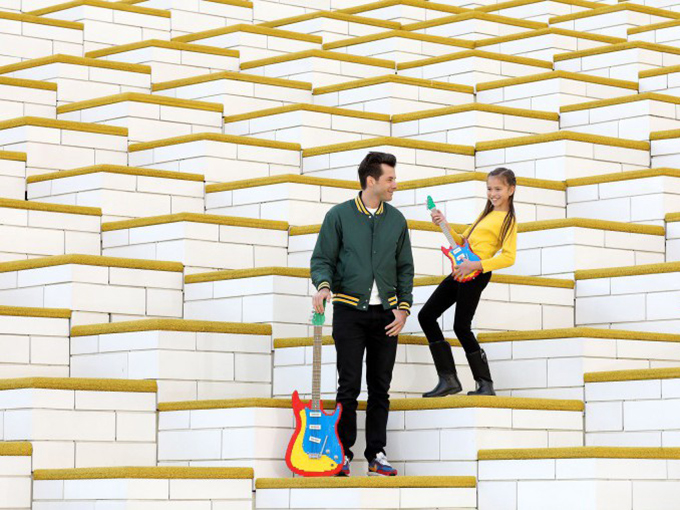 LEGO wants to ‘Rebuild The World’

The toymaker has partnered with musician Mark Ronson for a campaign designed to get kids' creative problem-solving juices flowing.

Musician Mark Ronson is helping LEGO double down on inspiring creativity and problem solving. The “The Rebuild The World” campaign will brings 100 children to meet with creative figures like Ronson, and participate in workshops that are meant to inspire them to unleash their creativity.

The global campaign will be featured across TV, digital, cinema and public events in cities around the globe, where people can build with LEGO bricks. One such event focuses on using the bricks to make a giant heart on the East Side Gallery in Berlin.

Other inspiring creative figures in the campaign include 19-year-old David Aguilar, who built prosthetic arms from LEGO elements; and British designer and inventor Dominic Wilcox. He kicked off the series of Rebuilder Workshops on September 17, which challenged kids to re-imagine iconic landmarks, invent new gadgets and solve problems, all using LEGO bricks.

The initiative is part of the company’s move to encourage imaginative play for all ages, as the World Economic Forum Future of Jobs Report cites creative problem solving as a crucial skill for the 2020 job market.

“Rebuild the World” has an online presence, where kids anywhere can share their creations on the LEGO Life app or on its microsite.

The campaign is launched amidst a period of growth for LEGO, and recent efforts to expand into STEM areas and accessibility.