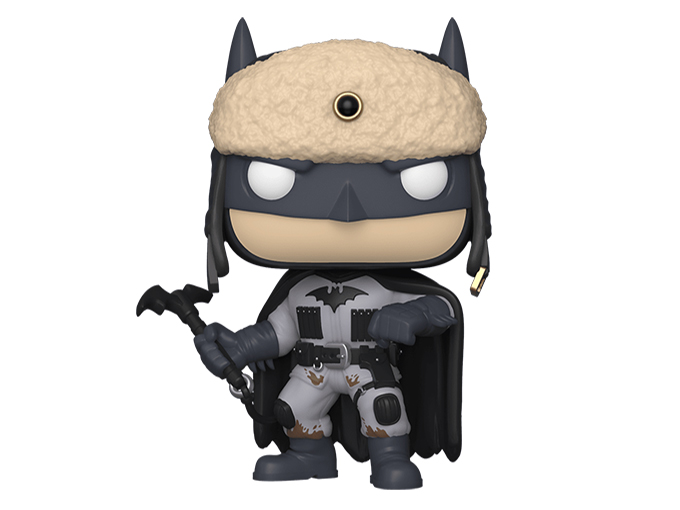 The entertainment company has optioned the motion picture rights, with plans to develop the first film around a toyco's iconic figurines.

Warner Animation Group’s EVP Allison Abbate will manage the partnership on behalf of the studio. Financial terms of the agreement were not shared, but the animation studio has already tapped Oscar-nominated director and designer Teddy Newton (The Incredibles, Ratatouille) to develop the storyline, and Mark Dindal (Chicken Little, The Emperor’s New Groove) to direct.

This won’t be the first time Funko’s figurine’s got the animated treatment. In 2016, UK-based animation company A Large Evil Corporation released three 90-second animated webisodes using the Pop! figurines art style. In 2017, the toyco acquired the studio and renamed it Funko Animation Studios, with plans to ramp up its production of original content.

Funko and Warner Bros. have a relationship that goes back nearly 20 years, with Funko creating licensed collectibles for WB. franchises like Batman (pictured) and Harry Potter. However, this is the first time the companies have partnered to produce a feature film.

Both companies have also been busy making moves to grow business this year. This past March, Funko partnered with New York’s Sterling Publishing to put out a series of kids’ books based on Pop! figurines. Meanwhile, Warner Bros., has been packing its kids and family content slate with diverse titles with global appeal. The prodco now has the Scooby-Doo film Scoob!, an untitled Sesame Street musical, a hybrid Tom & Jerry movie and Space Jam 2, in the works.