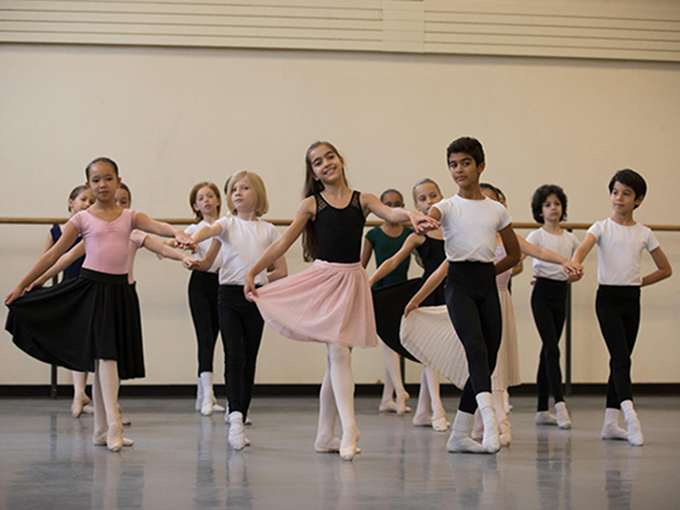 Disney+ is On Pointe with new docuseries

The SVOD continues to grow its nonfiction slate with a six-part series about young ballet dancers, and has also greenlit an original film about football player Ray McElrathbey.

The Walt Disney Company’s much-anticipated SVOD Disney+ has commissioned a six-part docuseries following students in the School of American Ballet titled On Pointe. No launch date for the series has been announced yet.

Produced by Beverly Hills-based prodco Imagine Documentaries and New York prodco Downtown Community Television Center (DCTV), On Pointe is a year-long portrait of athletes at the school who are beginning their journeys to become professional dancers. Cameras follow each young dancer through their audition process, training schedules and preparation for New York City Ballet’s annual performance of The Nutcracker on the Lincoln Center stage. The docuseries also goes beyond the ballet facility’s walls and gives a fly-on-the-wall look into each athlete’s personal life, as they navigate the challenges of home and education.

Imagine’s Brian Grazer, Ron Howard, Justin Wilkes and Sara Bernstein serve as executive producers alongside DCTV’s Matthew O’Neill, who is also the showrunner. The series is produced and directed by Larissa Bills.

As the SVOD gears up to launch, Walt Disney Pictures is also beginning production on a Disney+ original film Safety, a drama inspired by the true story of former Clemson University football player Ray McElrathbey, who has to balance faith, family and his dreams of athletic fame. Directed by Oscar nominee Reginald Hudlin (Django Unchained), written by Randy McKinnon (Where the Water Runs) and Nick Santora (Scorpion, The Fugitive at Quibi) and produced by Mark Ciardi (Invincible), the movie will wrap production in mid-November.

Disney+ is launching in the U.S., Canada and the Netherlands on November 12, followed a week later with roll outs in Australia and New Zealand on November 19.