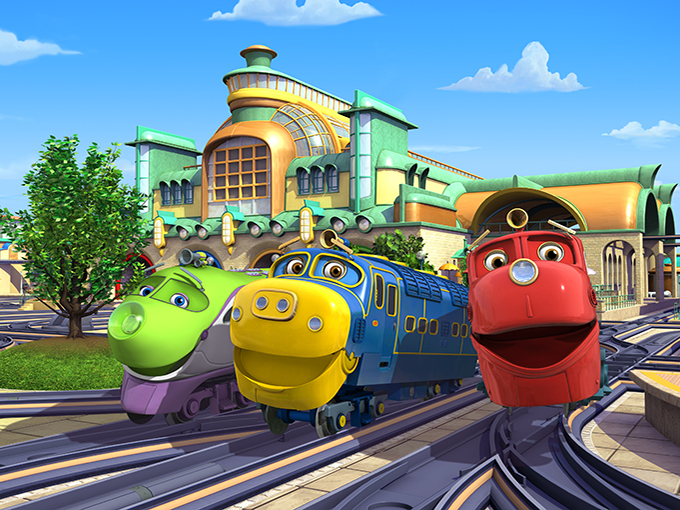 Herschend gets Chuggington back on track

Julie Philips, the prodco's VP of development and production, is gearing up to relaunch Chuggington and build up its catalogue.

After succeeding in the themed family entertainment space for more than 60 years, Atlanta, Georgia-based Herschend Enterprises is looking to expand its growing kids and family business with homegrown IP development, acquisitions and partnerships.

Originally launched on the heels of a co-pro with The Jim Henson Company for PBS preschool series Splash and Bubbles, the company is working on a full slate. While it has some big-name projects in the works (including a Harlem Globetrotters live-action game show for six- to 11-year olds), Herschend sees its biggest opportunity in Chuggington, an 10-year-old UK brand the company acquired from Ludorum in December 2018.

The studio’s VP of development and production, Julie Phillips, and newly appointed VP of commercial, content distribution and licensing, Natalie Setton, are spearheading the growth of the property, which includes a 52 x 10-minute animated sixth season, a 26 x 1.5-minute hybrid series and a brand-new licensing and merchandising program with global master toy partner Alpha Group. Potential Chuggington live events and theme parks are also in the works.

The company saw the property as evergreen with a lot of world-building potential that was never fully realized for TV production or global CP, says Phillips.

Created by producer/director Sarah Ball (Bob the Builder), the series premiered in 2008 on CBeebies (UK) and sold to more than 178 broadcasters, including TF1 (France) and Disney Junior (US), though no new episodes have been made since 2015.

The show is set in the town of Chuggington and follows trainee engines Koko, Wilson and Brewster as they learn about friendship and teamwork.

Under showrunner and head writer Michael Stern (Sofia the First, Doc McStuffins), season six will add new characters, music and expanded locations. The episodes are standalone, but some have been written to build bigger story arcs. The premiere is expected for spring 2020 following the launch of the short-form series at the end of this year.

As for new series, the Harlem Globetrotters (which is owned by Herschend) game show is in development with Art Spigel of 7ate9 Entertainment, along with a preschool series featuring one of the company’s original theme park characters, Lucky the Rescue Dog. Herschend is also adapting Australian author Garth Nix’s New York Times bestselling tween fantasy-adventure book series, The Keys to the Kingdom, which Phillips says could be a seven-part miniseries for a streamer.

“The biggest challenge is figuring out the changing landscape,” says Phillips. “What’s the best distribution platform for an IP or story, and the best way to exploit it with themed entertainment, touring or all of the other capabilities of our business?”