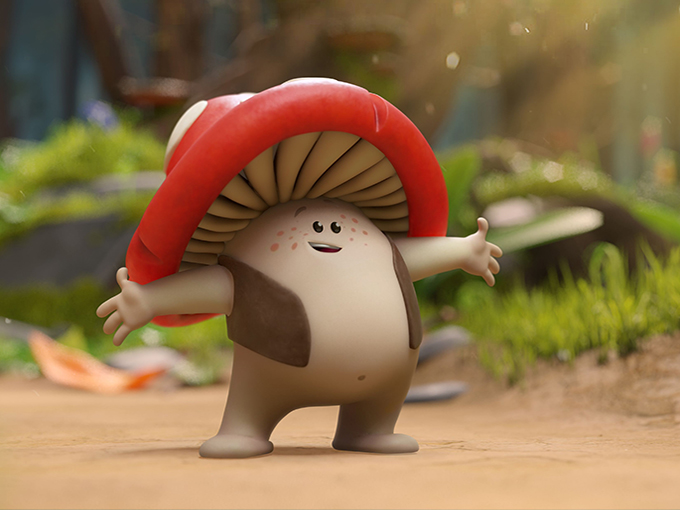 Smighties locks in broadcast deals, Olga the Cloud moves from the page to the screen, and licensing partners join the Trolls World Tour.

To build excitement around DreamWorks Animation’s upcoming feature film Trolls World Tour, Universal Brand Development is launching a global licensing program featuring new toy and apparel partners. For toys, The LEGO Group has signed on to be a CP partner  for the first time and global master toy licensee Hasbro is returning to the franchise.

Universal is also serving up products in the food and beverage category through new partnerships with General Mills, The Kraft-Heinz Company, PEZ Candy USA and Ferrara. To round out the program there are health and beauty licensees, including Bayer, Centric Beauty LLC, Colgate-Palmolive, Conair Corporation, Johnson & Johnson and The Crème Shop. Other returning partners are Crayola, Just Play, TOMY, Build-A-Bear and KIDdesigns.

Arriving in theaters in April 2020, Trolls World Tour is a musical comedy adventure that expands on the adventures of DreamWorks’ 2016 film Trolls. The first Trolls movie grossed US$346.8 million against a US$125-million budget, according to Box Office Mojo.

New York-based prodco Herotainment has sold its animated series Smighties (39 x seven minutes) to a number of new international broadcasters. Broadcasters Korea Telecom (South Korea), Iflix (Malaysia), HappyKids.tv (North America), and Toon Goggles (North America) have acquired the show, with plans to launch the series within the year. Smighties was previously picked up by Amazon Prime Video for North America and launched in June, and will be followed by two hour-long specials premiering in October.

Aimed at kids four- to seven-years-old, the series focuses on six small and mighty superheroes who go on adventures to protect magical gems and save the world with teamwork.

Paris-based prodco La Cabane has signed an exclusive agreement with London’s Copyrights Group to develop licensing and merchandising based on the prodco’s animated series Mush-Mush & the Mushables (pictured).

Copyrights Group will be responsible for the development and roll out of a worldwide licensing program for the series (excluding greater China), alongside the show’s production companies La Cabane and Belgium’s Thuristar. No specific CP plans have been announced yet.

Italian boutique animation studio Enanimation (Mystery after Mystery) has secured the development rights to book franchise Olga the Cloud, with plans to turn it into an animated preschool series. Titled Nina & Olga, the new series features a pair of friends as they cope with everyday challenges, and try to understand and face their feelings. Enanimation has global and multi-platform rights for the adaptation however, the studio has not announced how many episodes the show will have or when the series is expected to be completed.

Created by Italian writer and illustrator Nicoletta Costa, Olga the Cloud is a popular publishing property first launched in 1982. It has since amassed more than 80 titles, targeted at preschoolers.