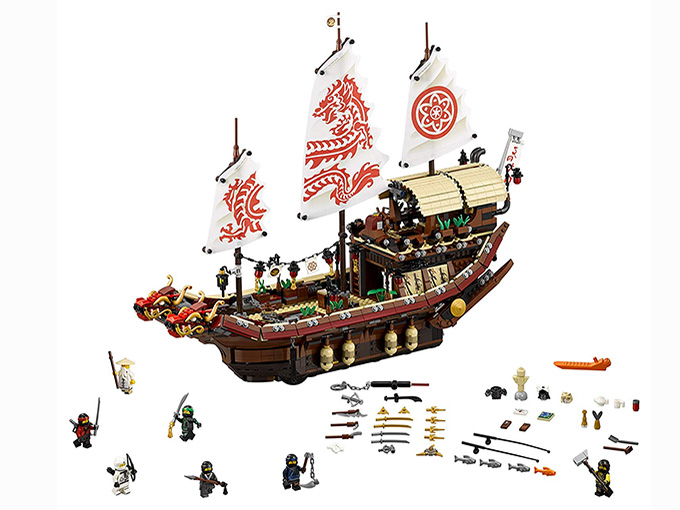 The Danish brickmaker reported US$2.17 billion in revenue for the first half of the fiscal year, thanks to toys inspired by Star Wars and Ninjago.

The LEGO Group is continuing its hot streak as other toycos stumble, reporting a 5% increase in global consumer sales for the first half of fiscal 2019. Revenue for the period, meanwhile, grew 4% to US$2.17 billion.

Moving forward, the company will focus on opening new markets and expanding in China. The company’s presence in China (a territory boasting double-digit growth in consumer sales in the first half of fiscal 2019) is set to include more than 140 stories in 35 cities by the end of this year, and an office in Mumbai is set to open in early 2020.

In a press release, CEO Niels Christiansen said India’s expanding middle class and growing economy makes it a logical next step in the brickmaker’s ongoing efforts to expand globally.

Additionally, The LEGO Group will continue to prioritize innovative retail experiences like the new stores set to open in the UK and the Netherlands in time for the holiday season. The four new locations will feature a number of in-store activities, including building challenges and scanning stations that allow kids to see 3D models of construction sets.

Things were also a lot rosier than a year prior. In the first half of 2018, The LEGO Group reported a 5% decline in revenue to the tune of US$2.21 billion. Overall in fiscal 2018, however, the brickmaker reported US$5.5 billion in revenue (up 4% compared to the previous year). This continued growth follows a difficult fiscal 2017, when the company reported its first declines in annual sales and profit since 2004.